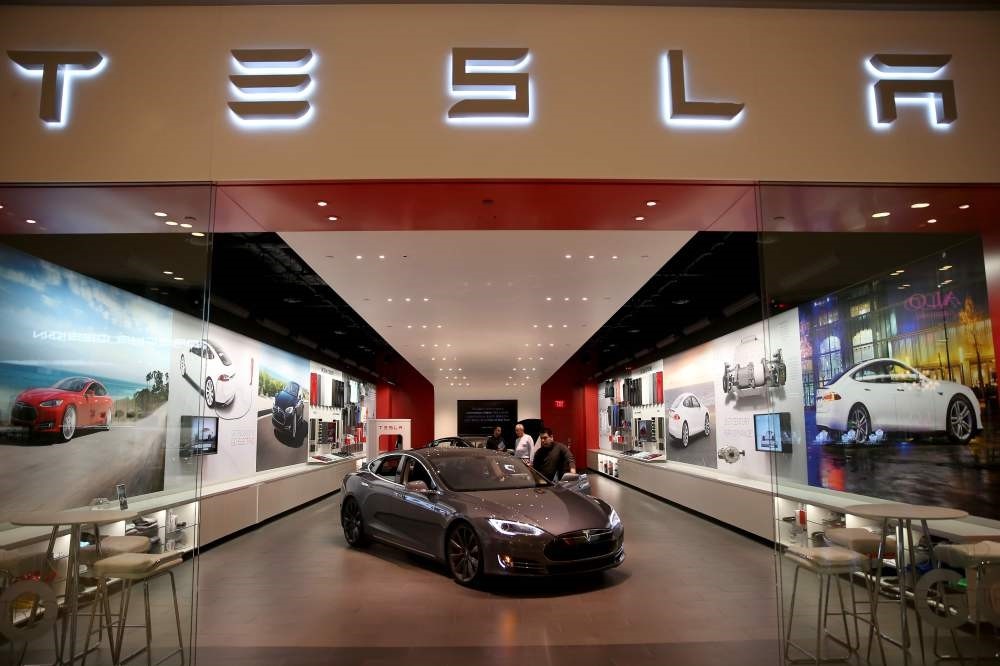 People look at a Tesla vehicle on the showroom floor at Dadeland Mall in Miami.
by Associated Press
Oct 02, 2018 12:00 am

The new chairman of Tesla will face the formidable task of reining in Elon Musk and also turning Tesla into a profitable, mass-market producer of electric cars. It won't be an easy job

Whoever becomes the new chairman of Tesla Motors will face the formidable task of reining in Elon Musk, the charismatic, visionary chief executive with an impulsive streak, while also helping Musk achieve his dream of turning Tesla into a profitable, mass-market producer of environmentally-friendly electric cars. Musk is giving up the chairman's role under a settlement announced Saturday with the Securities and Exchange Commission. Besides a new chairman, Tesla was also ordered to appoint two new, independent members to its board. A more assertive board could provide the kind of tighter oversight that many legal experts, and Tesla investors, say is overdue for a company of Tesla's market value.

The settlement stemmed from a lawsuit the SEC filed charging Musk with misleading investors in August with a tweet that said he had "funding secured" for taking the company private.

Yet a more forceful board, coupled with a domineering CEO like Musk, could create conflicts at a risky time for the company. Visionary CEOs such as Apple's Steve Jobs and Twitter's Jack Dorsey have been forced out by strong boards of directors, though both eventually returned to their companies. Even with the settlement, Tesla faces a daunting array of challenges.

The Justice Department has opened its own investigation into Musk's Aug. 7 tweet, in which he said he would take the company private at $420 a share. The SEC's lawsuit charged that the tweet, which caused Tesla's shares to jump, was misleading because he did not actually have the funding lined up for such a move.

Tesla is also under heavy pressure to turn a profit because it is burning through $1 billion in cash every three months and, as of the end of June, had just $2.2 billion in the bank. Musk has said the company needs to produce 7,000 cars a week to make money, a target he aimed to reach in the July-September quarter. The company is likely to report production numbers this week and financial results from that quarter in early November. Another concern: About $1.3 billion in Tesla debt is due to be repaid by March, including $230 million in November.

Some investors might want more than a new chairman. Tesla has no chief operating officer, a critical No. 2 executive in most companies. That's a stark contrast to other startups, such as Facebook, where Mark Zuckerberg hired Sheryl Sandberg as a highly influential COO.

In the lawsuit filed Thursday by the SEC, the agency said it was seeking to remove Musk from Tesla management altogether. Many investors have argued that keeping Musk as CEO is critical at such a time.

"I do not doubt the value of Musk to Tesla," John Coffee, a Columbia University law professor and corporate governance expert, said. "Without him, they are just a struggling start up that is burning cash at a hopeless rate and is facing a debt refunding crisis in the near future.

"Musk is an iconic entrepreneur but he needs adult supervision," Coffee added.

That's where the new board members come in. The current board, which includes Musk's brother, Kimbal Musk, is widely seen as subservient to Musk. They have publicly expressed support for many recent moves, such as his rejection last week of an early SEC settlement offer. Musk may want to keep a close eye on the new chairman, however. Musk himself was the chair of the board, after investing in the company, before firing the chief executive and taking over as CEO.