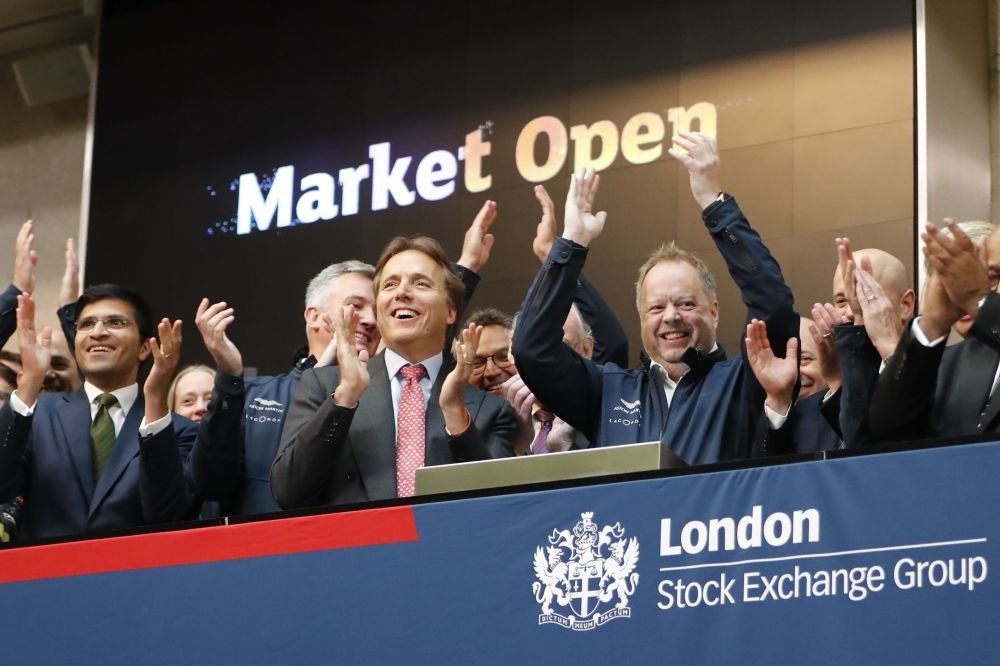 James Bond's favourite carmaker Aston Martin yesterday launched on the London stock market, valuing the British luxury sports car brand at 4.3 billion pounds ($5.6 billion). Aston, which has a long-running association with the fictional British spy, said in a statement that it has priced its initial public offering (IPO) at 19 pounds per share in the middle of its stated range. The stock was however virtually unchanged when it began conditional dealing on the London Stock Exchange at 0700 GMT. The listing sees investors Investindustrial, Adeem Investments, Primewagon and senior management bank more than 1 billion pounds between them as the firm floats a quarter of its capital or 57 million shares.

"We are delighted by the positive response we have received from investors across the world and are very pleased to welcome our new shareholders to the register." The top-end brand, one of the few remaining British carmakers in a sector that is largely foreign owned, is cherished by Hollywood actors, global sports stars and British royalty alike.

"For your IPOs only," said Accendo Markets analyst Mike van Dulken in reference to 1981 Bond flick 'For Your Eyes Only', which starred Roger Moore in the lead role. Bond's carmaker of choice had made its debut in 1964 film 'Goldfinger' and more recently featured in 2015's 'Spectre'. Nevertheless, the 105-year-old company - based in Gaydon in central England - has a troubled history and has declared itself bankrupt multiple times in the past. Aston is now however seeking to ramp up production and analysts predict that its top-end luxurious vehicles will likely be insulated from the twin challenges of Brexit and trade tariffs.

"For what it is worth, CEO Andy Palmer has said Aston Martin would probably benefit from a weaker pound in the case of a no-deal Brexit," said London Capital Group analyst Jasper Lawler.

"It's fair to assume the average Aston Martin buyer is less price-sensitive than your average driver. We think increased trade barriers are unlikely to influence a driver's decision to buy an Aston Martin." Germany's Daimler AG meanwhile will not sell down its Aston Martin holding as part of the IPO, and will instead convert its non-voting 4.9-percent stake to shares. Aston Martin, which was founded in a small London workshop, has been transformed into an ultra-luxury brand whose classic car owners include heir to the British throne Prince Charles.