Honda to invest $2.75B in GM's autonomous vehicle unit 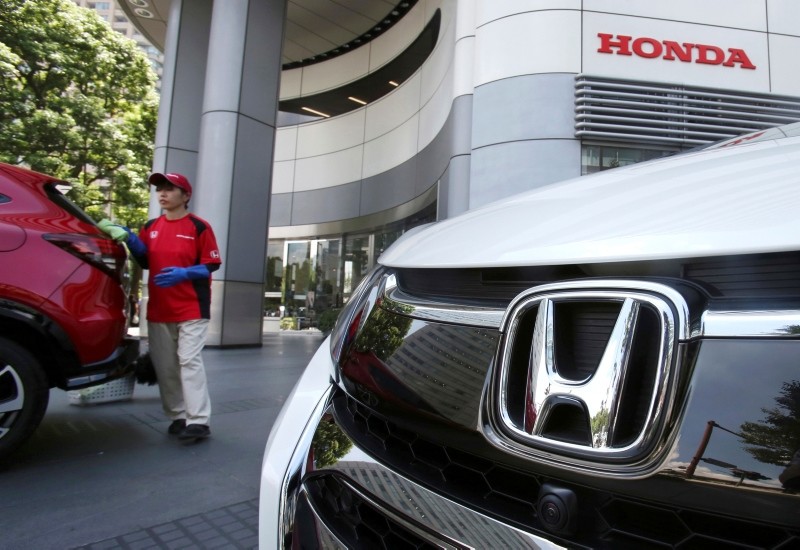 Japan's third-largest carmaker will contribute 2 billion dollars over 12 years to the project and take a stake in Cruise for 750 million dollars to develop autonomous vehicles for the GM unit that "can be manufactured at high volume for global deployment," the three companies said in a statement on Wednesday.

SoftBank will also invest 2.25 billion dollars in Cruise, it said in May.

"This is the logical next step in General Motors and Honda's relationship, given our joint work on electric vehicles, and our close integration with Cruise," GM chief executive Mary Barra said.

"With the backing of General Motors, SoftBank and now Honda, Cruise is deeply resourced to accomplish our mission to safely deploy autonomous technology across the globe," said Cruise chief executive Kyle Vogt.

Honda's announcement comes on the heels of Toyota's move in August to invest $500 million in the ride-hailing service Uber to collaborate on a similar venture to mass-produce self-driving vehicles.

"As is becoming increasingly apparent, this is an effort that requires very, very significant resources to pull off and we're thrilled to have Honda join forces with us," GM President Dan Ammann said during an investor call.

Ammann said developers were working "as quickly as we can" to deploy the new technology but did not say when this could occur.

"What we're giving you here is just an early glimpse of what we think the future looks like," he said.

The vehicle to be developed with Honda will have no steering wheel or other manual controls when deployed, according to GM.

The race for driverless

With Softbank's $2.25 billion investment announced in May, Cruise is now valued at more than $14 billion, according to GM.

The company, in which GM now holds an 85 percent stake, says it is currently testing driverless cars on open roads in Arizona, California and Michigan, "navigating some of the most challenging and unpredictable driving environments."

The company maintains a research-and-development facility in San Francisco.

Sandy Schwartz, president of Cox Automotive, said the battle to be the first with a driverless product was likely to produce more unexpected partnerships in the coming months.

"I'm a little surprised at seeing bitter rivals joining forces but this is coming. Everybody knows it," he told AFP.

Combining the strengths of different manufacturers raises the chances of early success, he said.

"You want your partner to be the best partner during that race."

While fully autonomous vehicles remain a theoretical goal at this point, developing technologies promise swift changes to the market for consumer and commercial vehicles.

The efforts have suffered setbacks especially after some crashes during testing, including a fatality.

Uber briefly suspended tests of self-driving cars in March following a fatal accident in Arizona. It resumed testing in Pennsylvania in July, but with a driver behind the wheel at all times, the company said.

One of self-driving tech firm Waymo's minivans crashed into a highway median in June, reportedly after its human driver manning the wheel fell asleep.

GM says it is working to eliminate crashes, emissions and congestion entirely.

Ford Motor Company on Tuesday unveiled a proposed standard it said all manufacturers should adopt for autonomous vehicles to signal their intentions -- like yielding or preparing to stop -- to other users of the road.

Uber last month also announced it would spend $154 million over five years to expand an existing Toronto laboratory that is developing artificial intelligence for use in self-driving cars.