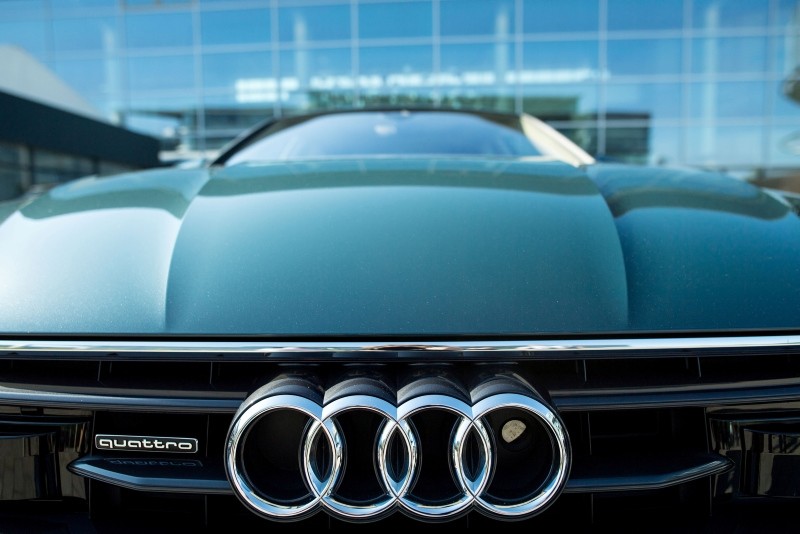 This photo taken May 9, 2018, shows an Audi Quattro car standing in front of Audi headquarters prior to the annual General Meeting of German car maker Audi AG in Ingolstadt, Bavaria, Germany. (EPA Photo)
by Compiled from Wire Services
Oct 16, 2018 12:00 am

Prosecutors in Munich said Tuesday that the fine was imposed because Audi neglected its oversight duties in selling cars with engines made by it and group partner Volkswagen that did not conform to legal limits on harmful emissions. The case covered some 4.9 million Audi cars sold in Europe, the U.S. and elsewhere between 2004 and 2018.

The Munich prosecutor's office said Audi had accepted the fine.

Shortly after the announcement, the company said the fine would affect its 2018 financial results.

"Taking into consideration the extraordinary effects of the fine, the Audi Group will significantly underperform ... on its forecast for 2018 financial results," the carmaker said in a statement.

In September 2015 parent company Volkswagen admitted rigging some 11 million diesel autos with software that enabled them to pass emissions tests even though emissions in real driving were much higher.

The prosecutors' statement said the resolution of the case did not affect an investigation of individual Audi executives.