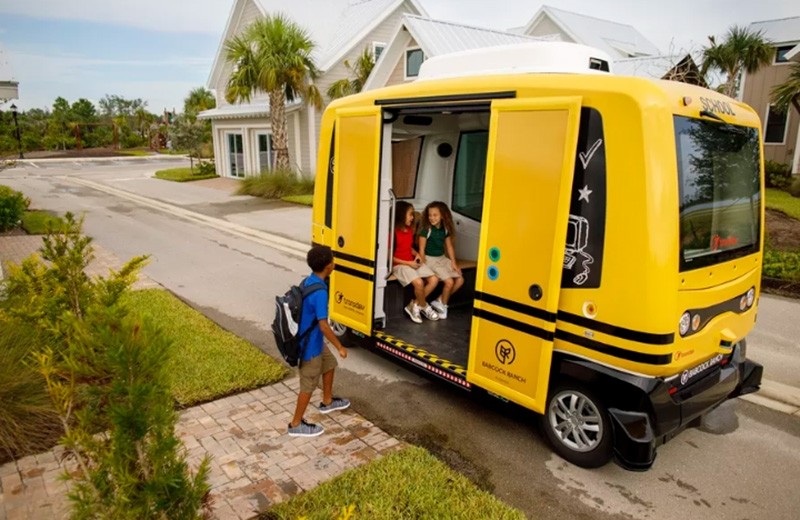 The regulator said Transdev had not received authorization to transport schoolchildren in Florida, calling the tests "inappropriate" and "irresponsible."

"Using a non-compliant test vehicle to transport children is irresponsible, inappropriate, and in direct violation of the terms of Transdev's approved test project," she added.

NHTSA said it had given the company permission in March to import the driverless bus on a temporary basis for tests and demonstrations, but transporting children was outside what it had been authorized to do.

The regulator said it sent a letter to the company demanding it "immediately stop transporting schoolchildren" or it could face fines, "the voiding of the temporary importation authorization, and/or the exportation of the vehicle."

Transdev said it believed the pilot shuttle had met testing requirements, but voluntarily agreed to stop the test a week early.

The "small pilot was operating safely, without any issues, in a highly controlled environment," the firm said, adding that it believed it had met NHTSA requirements to transport adults and children on the same route.

The EasyMile Easy10 Gen II driverless shuttle was being tested in Florida's Babcock Ranch, which claims to be the first solar-powered town in the U.S.

Transdev had announced in August that the fully electric shuttle could carry 12 people at a top speed of 8 mph (13 km/h), with a potential of up to 30 mph (48 km/h). The shuttle operates with a safety attendant.

Low-speed, self-driving shuttles are currently being tested around the world, including driverless buses being developed in Cambridge, England.

A self-driving shuttle bus crashed on its first day in service in Las Vegas in November 2017, but police concluded the responsible party was a human driver of a semi-truck.

In November 2017, a self-driving shuttle bus in Las Vegas was involved in a crash on its first day of service, which police said was the fault of the human driver of a lorry.