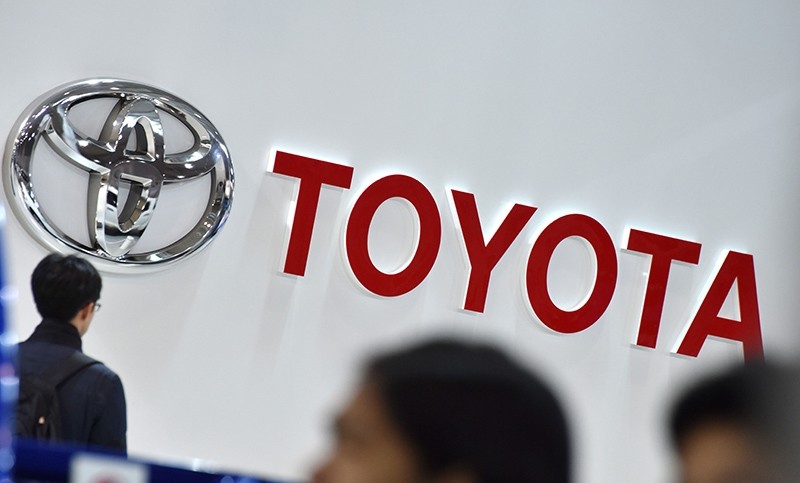 Japanese car giant Toyota upgraded its full-year forecast Tuesday, as the firm posted a 16 percent gain in net profit for the six months to September thanks to steady global sales and cost-cutting efforts.

The maker of the Camry sedan and Prius hybrid revised upward its net profit forecast to 2.3 trillion yen ($20.3 billion) from its earlier estimate of 2.12 trillion yen for the year to March 2019 thanks to a weak yen.

But even if the firm, which also has the Lexus luxury brand, hits this forecast, profits would still be lower than the record 2.49 trillion yen posted for the previous fiscal year.

Senior managing officer Masayoshi Shirayanagi said in a statement the firm was "steadily making progress" in its efforts to cut costs.

Revenue for the first half increased 3.4 percent to 14.7 trillion yen amid steady vehicle sales in North America, Europe, and Asia.

"Toyota is showing solid results so far in this fiscal year thanks to its cost-cutting efforts," said Satoru Takada, an analyst at TIW, a Tokyo-based research and consulting firm.

Japanese automakers, however, remain on edge over talk of US tariffs, though immediate action by Washington has been put off for now.

"Immediate fears of extra tariffs on Japanese auto exports have been put off for now but they may revive depending upon Japan-U.S. trade talks," he said.

Toyota has warned the cost of an imported vehicle would rise by $6,000 if the U.S. levies a 25-percent tariff on cars and parts from abroad.

The two leaders also agreed that the US will not impose additional tariffs on Japanese-made cars as long as the bilateral negotiations continue.

"Japanese carmakers are also bracing for the impact of U.S. trade disputes with other major economies," Takada said.

Japan's third-largest automaker now expects net profit to reach 675 billion yen for the fiscal year, down from last year but a still an increase from its forecast last quarter.

Their rival Nissan Motor is scheduled to announce first-half results on Thursday.