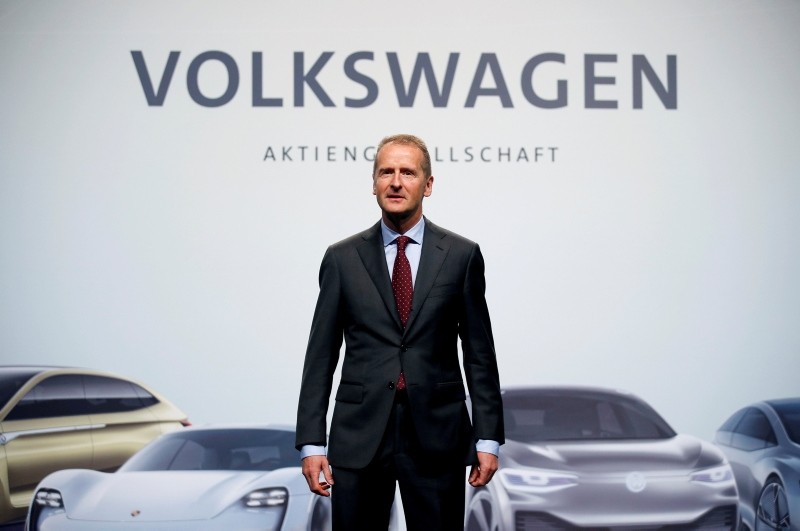 Volkswagen could build up to 50 million electric cars on its new electric vehicle platform and is looking at expanding its manufacturing footprint in the United States, Chief Executive Herbert Diess told Automotive News.

"We set up the plant in Chattanooga always with the idea to be able to grow it, to mirror it," Diess was quoted as saying.

"The plant is still too small, and we are considering different options - it might be electric cars, it might be a different derivative of the Atlas (SUV) - it's still open."

"What we're talking about is sharing a few platforms and manufacturing sites there, which makes sense. And within the dialogue, we are also touching other options, but this will be the main focus if we come to a conclusion."

Ford could help VW develop a global successor to the Amarok pickup, or a unibody pickup, Diess said.

VW is open to licensing its MEB electric car platform to third party manufacturers, he reiterated, explaining that was a way to ramp up economies of scale.

"Today, we have hundreds of different drivetrains in our industry, and there's a lot of differentiation in the drivetrain. I think this will become less, because the battery cells will become very similar on the basis of the same chemistry inside," Diess said.

He said VW could build 50 million electric vehicles globally across its brands, beginning in 2020, and had battery sourcing agreements for them. He said licensing MEB to other automakers would lead to further efficiency gains.

"It will be more about the economies of scale. Still, the battery pack, for the foreseeable future, will be more expensive than a combustion powertrain, so I think it makes a lot of sense to make more volume," Diess said.

A VW spokesman said the number mentioned by Diess was a theoretical long-term goal for the MEB electric car platform. The Volkswagen Group's current vehicle platform, MQB, has spawned around 50 million mainly combustion engine vehicles over several brands and many years, he said.

The German company is investing heavily in electric vehicles as it tries to rebuild its reputation following a scandal over rigged emissions tests of diesel engines in the United States that has cost it billions in fines and refits.