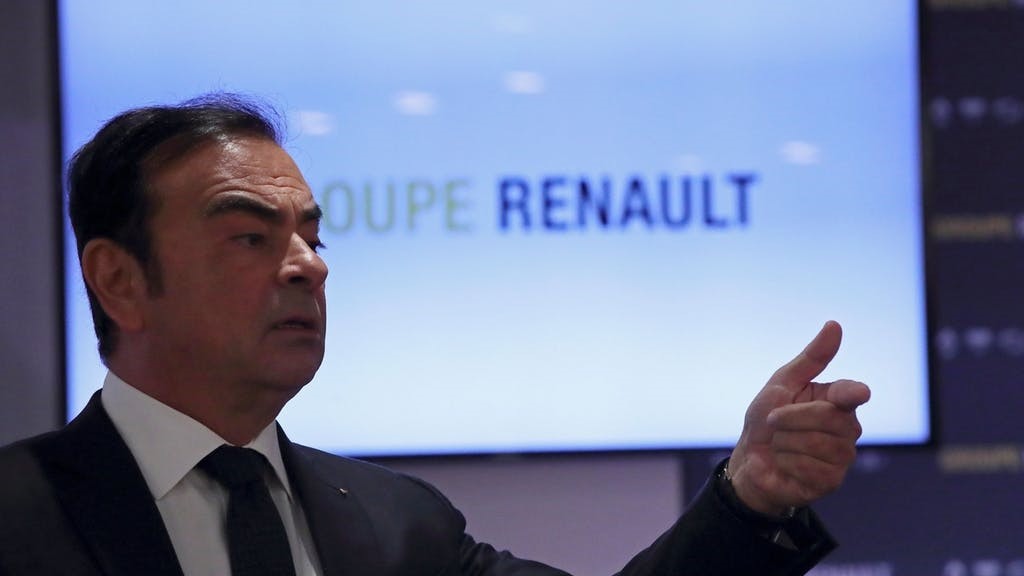 Carlos Ghosn, Chairman and CEO of Renault, speaks during the French carmaker Renault's 2017 annual results presentation at their headquarters in Boulogne-Billancourt, February 16, 2018. (REUTERS Photo)
by Compiled from Wire Services Nov 21, 2018 12:00 am

French automaker Renault said Tuesday it had appointed its chief operating officer as deputy CEO to ensure day-to-day management after the arrest of chief Carlos Ghosn, who will remain chief executive.

After an emergency board meeting, the company Thierry Bollore would become deputy CEO with Ghosn "temporarily incapacitated" following his arrest Monday in Japan on financial misconduct charges.

A statement issued after a three-hour board meeting said that the board was "unable to comment on the evidence seemingly gathered" against Ghosn, who was arrested Monday. It said Bollore, Renault's chief operating officer, will lead "on a temporary basis."

The arrest of Ghosn after a whistleblower disclosed the alleged misconduct stunned many in Japan and France, where for years he's been a superstar among industrialists, known as a relentless cost-cutter and innovator — but who appears to have spent lavishly on himself.

Japanese prosecutors said they were holding Ghosn, 64, for allegedly collaborating to falsify securities statements and underreport $44.6 million in income from 2011 to 2015. A second Nissan executive, Greg Kelly, was also suspected of collaborating with him.

Ghosn runs Renault, Nissan and the Renault-Nissan-Mitsubishi alliance that he helped turn into the world's biggest car-seller last year, and both France and Japan want to keep it intact.