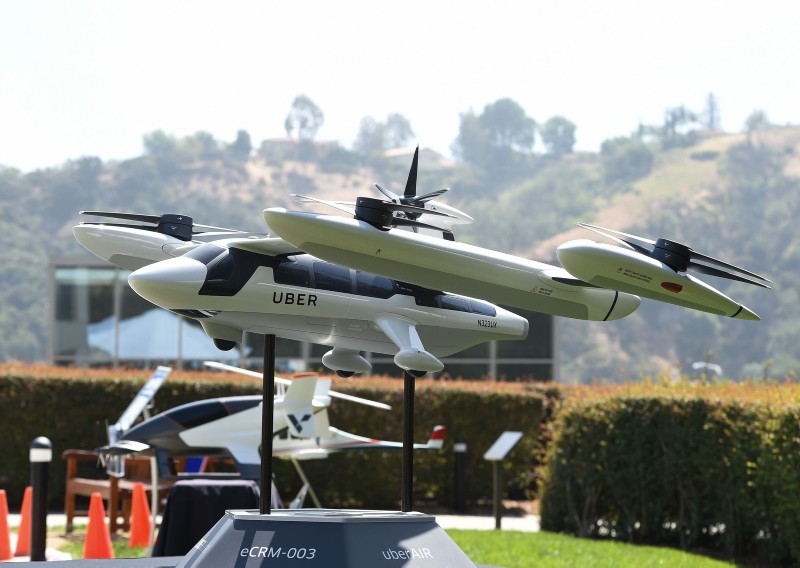 A model of Uber's electric vertical take-off and landing vehicle concept (eVTOL) flying taxi is displayed at the second annual Uber Elevate Summit, on May 8, 2018 (AFP File Photo)
by Daily Sabah Dec 29, 2018 12:00 am

The state owned company CASA said there are no significant obstacles to bring the flying taxi application to the metropolitans and business districts, the ABC news reported.

Peter Gibson, spokesman for CASA said that the plans are reliable and can be implemented within five years.

He said that Uber had already approached CASA to discuss regulatory issues around the use of air taxis.

Noting that the flying taxi application will not be different from renting a helicopter, but at more reasonable prices, Gibson said: "They do this on an electric aircraft controlled by a traffic management system, but they do it at a cheaper price than you can hire a helicopter. That's all they do."

Uber had signed an agreement with the American aerospace agency NASA last May to launch a similar application in the United States by 2020.