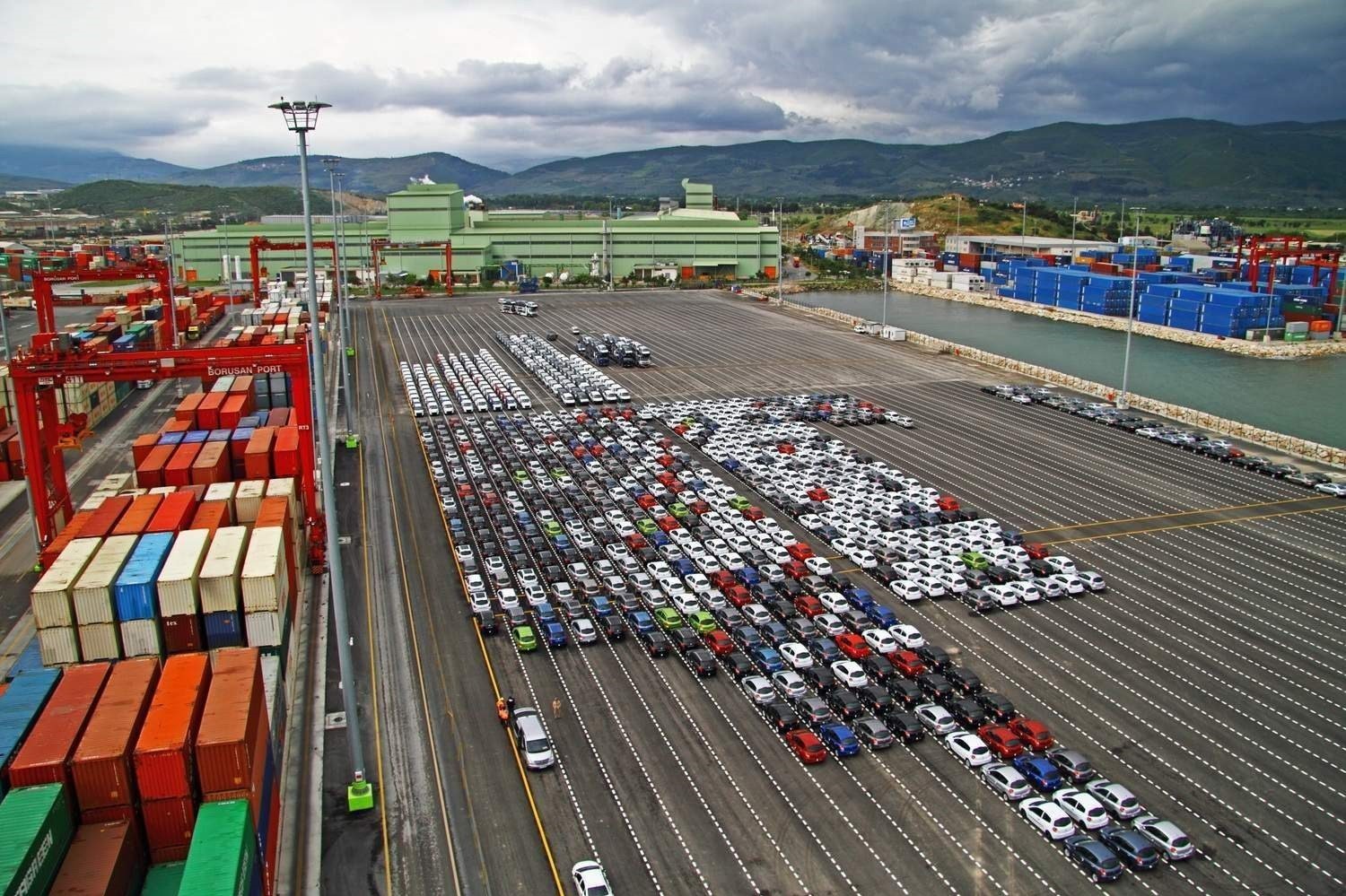 As the long-standing leader of Turkish exports, the automotive industry in 2018 managed to add two more countries to its list of destinations to which auto exports exceed $1 billion

As Turkey's automotive industry continues to lead national exports, the number of countries where it sends products worth $1 billion or more went up to nine last year.

It crossed the $1-billion threshold for nine different countries in 2018, compared to seven in 2017. According to the Uludağ Automotive Industry Exporters' Association (OİB), the automotive sector exported to a total of 207 different countries, free zones and autonomous regions last year.

The EU countries were the largest export destinations for the Turkish automobile industry, reaching $24.6 billion with an increase of 78 percent.

Last year, the growth in the EU market, albeit at low rates, reflected positively on automotive exports and saw an increase of 12 percent.

In 2017, the Turkish automotive industry exported $1 billion or more worth of goods to seven countries - Germany, France, Italy, the U.K., Spain, the U.S. and Belgium.

In 2018, however, eight EU members and the U.S. came to the fore as export markets that exceeded $1 billion.

Exports to Germany reached $4.8 billion last year, with an increase of 8.8 percent compared to 2017. Its share in the Turkish automotive exports stood at 15 percent.

Apart from the EU countries, only the U.S. market saw an increase in Turkish automotive exports. Exports to the U.S. stood at $1.1 billion, despite a decline from the previous year.

Among the countries with the highest exports, the Netherlands ranked 10th. Exports to this country surged by 19 percent to $905 million.

OİB Chairman Baran Çelik said 2018 was a good year for the automotive industry, which stands out as the leader in Turkish exports.

Çelik added that they achieved an average of $2.63 billion in exports on a monthly basis last year - a first in the industry's history.

It exceeded $3 billion in exports in March, $2.9 billion in April and October and $2.8 billion in February, May, July and November.

"Thus, the automotive industry renewed the export record in the Turkish Republic's history by completing its 13th consecutive year as the export leader," he said.

Earlier last week, Çelik said that their export target for 2019 was set at $32 billion.