Volkswagen to manufacture minibuses in Ford plants in Turkey 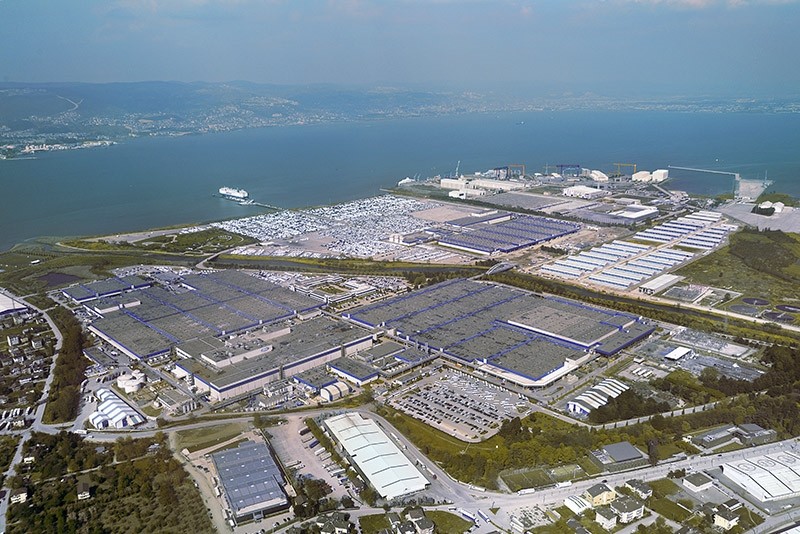 Their studies show that Germans doing business with Turkey have a positive perception about the country, Kanca said, adding they expect the relations and the trade volume between the two countries to improve further.

Regarding the VW-Ford deal, Kanca said: "This would change many things, especially the perception of many Germans. The government also needs to give special incentives. The public opinion should be sensitive about this. We have to bring a German automobile plant to Turkey."

"If this [VW-Ford deal] starts, if the bias of the Germans is broken down, then the rest would follow easily."

The reports of a prospective cooperation between the two companies for commercial vehicles both on global and local scale have been circulating since June, while the deal related to Turkey was reported in a number of occasions in late 2018.

Ford Otosan General Manager Haydar Yenigün previously confirmed that the two companies have been negotiating for a while.

As part of the partnership, Volkswagen's commercial vehicles Crafter and Transporter might be produced at the Gölcük and Yeniköy plants located in northwestern Turkey's Kocaeli province, where Ford manufactures its Transit and Custom models. Sources in the sector previously said that the VW Transporter, which is the equivalent of Ford Custom, and Ford Transit's VW equivalent Crafter, will be manufactured on the Ford assembly line.

Established in 1959, Ford Otosan is the joint venture of Ford Motor Company and Turkey's largest conglomerate Koç Holding, which had commercial relations with Ford since late 1920s. Both Ford and Koç hold 41 percent shares in Otosan with the remaining shares (FROTO) traded in Borsa Istanbul (BIST)

Ranked among the three largest Turkish exporters since 2005, Ford Otosan also operates the Inönü truck and engine factory as well as a research and development (R&D) center and a spare parts distribution center in Istanbul.

Volkswagen is working to transform the production at its Emden, Zwickau and Hannover plants into manufacturing bases for electric vehicles in a bid to become Europe's largest electric vehicle producer.

Reports also suggested that Volkswagen is planning to establish an automotive factory either in Turkey or Bulgaria to move the production of several Skoda and Seat models.

Kanca underlined that the automotive sector maintains an increasing growth rate each year and they have enough resources, human resources and technology to move forward.

Citing the negative effects of reinitiated U.S. sanctions on Iran, a potential market with significant size, and the decreasing growth rate in China amid tensions with the U.S., Kanca said they are currently working for Turkish companies to grab a larger market share in Iran.

TAYSAD is also carrying out a joint work with the trade ministry to solve logistics problems of companies in Europe and in eastern parts of Turkey.