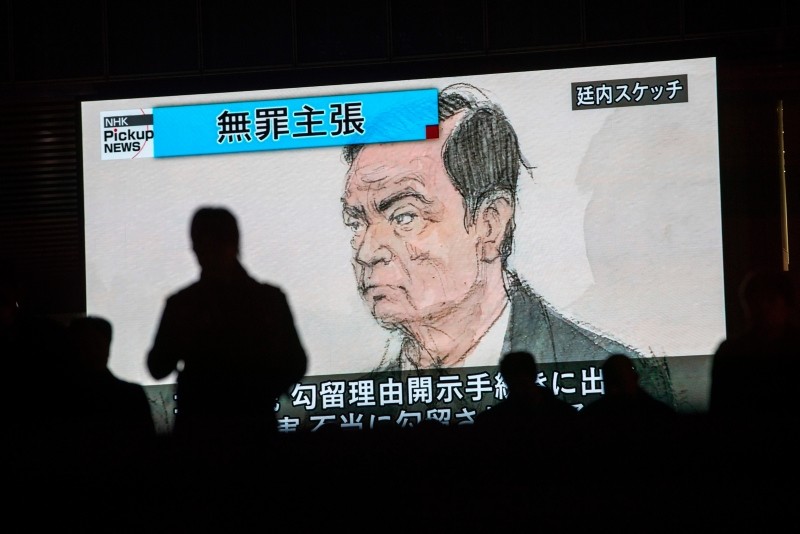 In this photo taken on Jan. 8, 2019, pedestrians pass by a television screen showing a news program displaying a sketch of former Nissan chief Carlos Ghosn in the courtroom, in Tokyo, as the headline reads in Japanese ,Innocence claim., (AFP Photo)
by Jan 20, 2019 12:00 am

Ousted Nissan Motor Co Chairman Carlos Ghosn said on Sunday he will remain in Japan and follow restrictions by local authorities in exchange for his release from jail in the latest effort to persuade a court to grant him bail while he awaits trial on charges of financial misconduct.

Ghosn, the veteran automotive executive detained since his arrest on Nov. 19, has asked a Tokyo District Court for the second time to grant him bail after a request last week was denied. A hearing is scheduled for Monday evening in Tokyo.

"I remain imprisoned in the detention center, 64 days after I was arrested, with no release in sight," Ghosn said in a statement on Sunday. "As the Court considers my bail application, I want to emphasize that I will reside in Japan and respect any and all bail conditions the Court concludes are warranted."