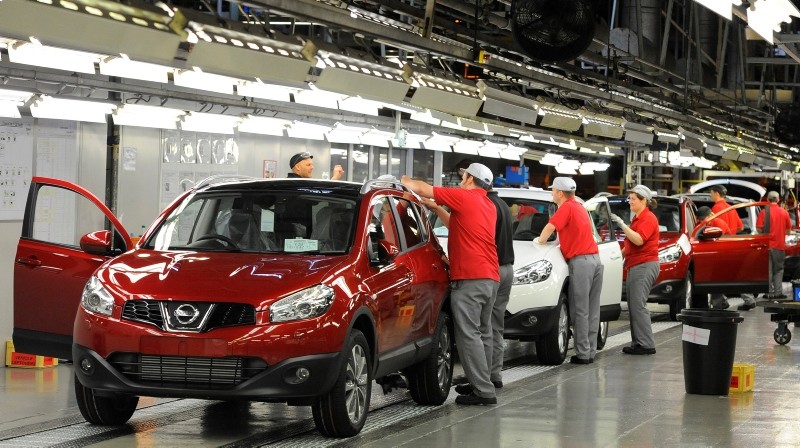 A worker is seen completing final checks on the production line at Nissan car plant in Sunderland, northern England, June 24, 2010. (Reuters Photo)
by Compiled from Wire Services Feb 03, 2019 12:00 am

Japanese carmaker Nissan has cancelled plans to make its X-Trail SUV in the UK — a sharp blow to Brexit supporters, who had fought to have the model built in northern England.

The move, first reported on Saturday by Sky News, was confirmed by the company in a letter to workers Sunday. The next generation X-Trail will instead be made in in Japan.

"The company has decided to optimize its investments in Europe by consolidating X-Trail production in Kyushu, the production hub for this global model," the company said in a statement.

Nissan employs about 7,000 workers in the English city of Sunderland.

"While we have taken this decision for business reasons, the continued uncertainty around the U.K.'s future relationship with the EU is not helping companies like ours to plan for the future," the company's Europe Chairman Gianluca de Ficchy said.

Nissan had previously announced plans to build the model at its plant in Sunderland after the British government sent a letter of undisclosed reassurances in 2016 after the Brexit vote about the company's ability to compete in the future.

Britain is scheduled to leave the European Union on March 29, but U.K. politicians are divided over Prime Minister Theresa May's Brexit plan.