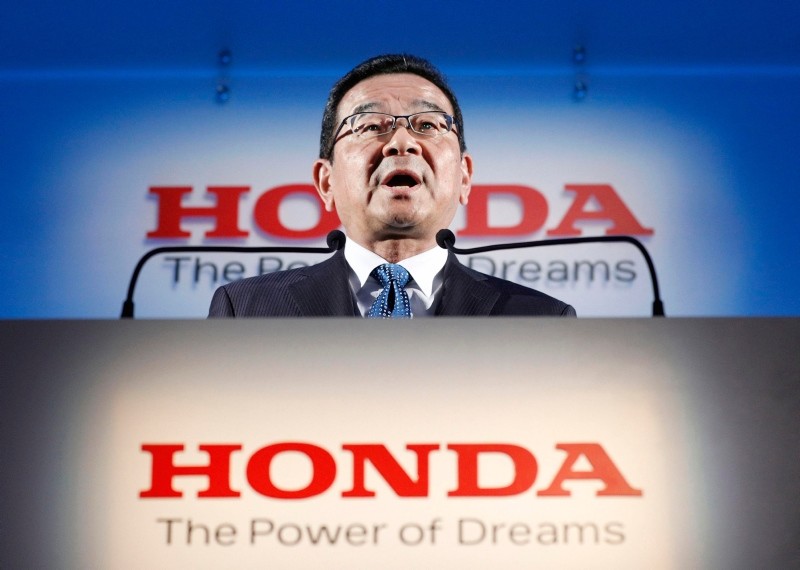 Japanese car giant Honda said Tuesday it will shut its plant in Britain in 2021, a move that puts 3,500 jobs at risk and comes amid rising Brexit concerns.

In a statement, the company cited "unprecedented changes in the global automotive industry" for the decision to shutter the plant by 2021, at the end of the current model's production cycle.

Honda also said it will stop making the current Civic Sedan model in Turkey but will continue business operations in the country. Honda President Takahiro Hachigo said in a news conference Tuesday that the company "will continue to hold constructive dialogue with Turkish stakeholders during this period."

The decision was a fresh blow to the British economy as it faces its exit from the European Union on March 29. Honda makes its popular Civic model at the factory, 115 kilometers (70 miles) west of London, with an output of 150,000 cars per year.

"This is not a Brexit-related issue for us. This decision has been made on the basis of... global changes," Honda Senior Vice President for Europe Ian Howells told BBC Radio.

"Although... we were very clear on our Brexit position, we've always seen those as something we will get through," he said.

He said that China, the United States and Japan were where the firm would focus its investments.

British Prime Minister Theresa May spoke to the president of Honda to express her disappointment after the car manufacturer's decision to shut a plant in England, May's spokesman said Tuesday.

"She said that she had spoken to the president of Honda to express her disappointment at the decision which is part of a global restructure that Honda is undertaking as it shifts to electric vehicles," the spokesman told reporters.

U.K. Business Secretary Greg Clark also expressed disappointment over the decision, saying: "The U.K. is one of the leaders in the development of these technologies and so it is deeply disappointing that this decision has been taken now."

"This is a devastating decision for Swindon and the U.K.," Clark said. "This is a commercial decision based on unprecedented changes in the global market."

British businesses are issuing increasingly urgent warnings about the damage being done by the uncertainty around Brexit. The U.K. has yet to seal a deal laying out the divorce terms and establishing what trade rules will apply after Brexit.