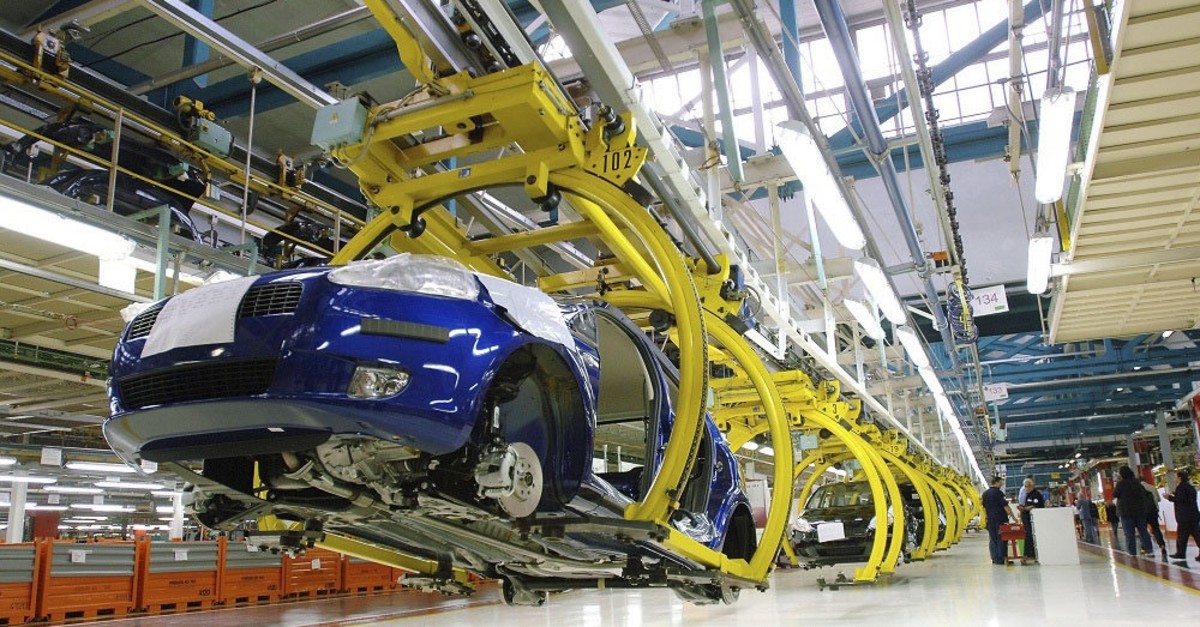 Turkey's domestic project , once it goes to production and is released on the market, will yield 50 billion euros for gross domestic product in the next 15 years while significantly contributing to employment by creating 20,000 jobs

The details and financial returns from the indigenous automobile project, launched in November 2017 through the efforts of the Turkish business world, are being revealed as the project makes progress. Gürcan Karakaş, the CEO of Turkey's Automobile Joint Venture Group (TOGG), said within the next 15 years the ecosystem to be mobilized by their project will contribute 50 billion euros ($56.5 billion) to the gross domestic product (GDP), 7 billion euros to the current account deficit and add about 20,000 people to direct or indirect employment.

In his speech at the "The Future of the Mobility Ecosystem" panel moderated by Martaş Otomotiv board member Cem Baver Özalp at the Uludağ Economic Summit, TOGG CEO Karakaş said there are changes in three dimensions triggered by megatrends in the mobility ecosystem, namely those in the technological dimension of the automobile, social life, and the trends adopted by the lawmakers and countries.

The TOGG CEO evaluated the approach of the company toward the concept of the domestic automobile. He noted that around 20 global examples of success and failure had been analyzed during the technical and feasibility studies of the project. Karakaş underscored that the market conditions are available for global competition and the indigenous automobile has a strong portfolio to compete in the global market.

Speaking of the portfolio, he explained that an SUV will be included among the models given the demand in the market and four to five models will be on the market. Karakaş further stressed that Turkey is not indifferent to the transformation and megatrends in the world, adding that there is a real opportunity resulting from not only the transformation of technology but also the market.

"The race has just begun," Karakaş continued. "We have not compared ourselves with the manufacturers of internal combustion engines of 150 years, but with those who believe that this work will be solved by the mobility ecosystem and that the future will be there because of the transformations and megatrends."

Indicating that there are over 500 start-ups engaged in this line of business in the world, three quarters of which are interested in the mobility ecosystem to be created around the car with these transformations, not the car itself, Karakaş said that there is not much difference between the classic car manufacturers and Turkey in this sense, underlining that compared to beginners, the distance is short enough to cover. Karakaş said that Turkey's Automobile Project is the result of a 15-year effort. "We think that we can build it very easily because Turkey, as well as the automotive sector, has a really good infrastructure," he noted, pointing out that they believe their plan has a very solid foundation.

TOGG CEO Karakaş said the joint venture has determined eight criteria to implement this plan, listing the first one as opportunity and market, followed by a global brand and portfolio to compete with the world, and the formation of a global and competitive supply industry and start-up ecosystem. "We think that we can do it because if we can compete at the moment, we can ensure its sustainability as well. We want Turkey to get intellectual property rights. When we start our production, we will enter the market to the extent that will compete with manufacturers who have been in this business for a long time," he said.

Karakaş also highlighted that the company does not pursue separate quality for both the domestic market and the foreign market as some countries do.

"Since we are also a 15-year project, we have enough breath, sources and belief in this matter," he said.

"When substituting vehicles, reducing the dependence on oil and using more efficient systems are calculated, it has a positive contribution of 7 billion euros to the current account deficit," he continued. "We will have nearly 4,000 employees in our company. If one person works in the automotive industry, four people will be employed in the sub-industry and partners. Therefore, we believe that we will create employment for 20,000 people."

In November 2017, the Turkish public saw the launch of a groundbreaking initiative to manufacture Turkey's first domestic automobile. This goal has brought together the country's largest manufacturers and companies in a consortium that includes Kıraça, Anadolu Group, Turkcell, Zorlu and BMC.

The initiative came after repeated calls from President Erdoğan for a joint venture car project by the Turkish Union of Chambers and Commodity Exchanges (TOBB) and the Ministry of Science, Industry and Technology.

TOGG CEO Karakaş also spoke of the global trends in the automotive industry with specific notes on the development of electric cars and autonomous cars.

"The availability of electric vehicles with the development of electric engines and battery technology makes it an alternative to internal combustion vehicles," he continued. "This process is further accelerated with the development of environmental awareness and the pressure of emission laws. That is why we believe that electric vehicles will soon replace internal combustion vehicles," he said.

Karakaş noted that autonomous driving, combined with the development of sensor technology and digitalization, puts the car in a very different position.

"In our cars, we can do what we can at home and at work because we will not focus on driving. We define this as the car's transformation into a living space," he added.

Karakaş pointed out that with the cities getting a bit smarter together with technology, automobile sensors will be able to interact with smart cities, stressing the cars are being transformed into a smart device or a walking computer that can communicate with the devices at home - refrigerators, buildings, sites, cities and traffic safety systems.

"When we combine all of them, everything that happens to the mobile phone with its usage areas will also be happening to the car. On mobile phones, while we used to be only able to call someone, we can do almost anything right now. The car is in this transformation with the same logic," he noted.

Karakaş said there are many countries, spearheaded by China, that perceive the technological transformation, especially the transformation in the automobile, as an opportunity, and therefore change the current postures, even the laws of the city to the extent of urbanism. Informing that China, which has been investing very high amounts for years especially in electric vehicles, intends to invest $130 billion in the next 10 years.

Adding that other automakers will also invest up to $300 billion in the next 10 years because if they do not take part in the transformation, their share of total profit pools will decrease, Katakaş said with regards to all profits generated in the automotive sector in 2017, the amount earned from new business opportunities originating from the mobility system accounts for 1 percent of the profit, which will go up to 40 percent in 2035, meaning that 40 percent of the 2035 profitability will come from these new areas.

"Conversely, the share of the classic carmakers from their current job in 2035 will be 60 percent. In new technologies, profitability rates are also higher, hence developing a very attractive market," he continued.