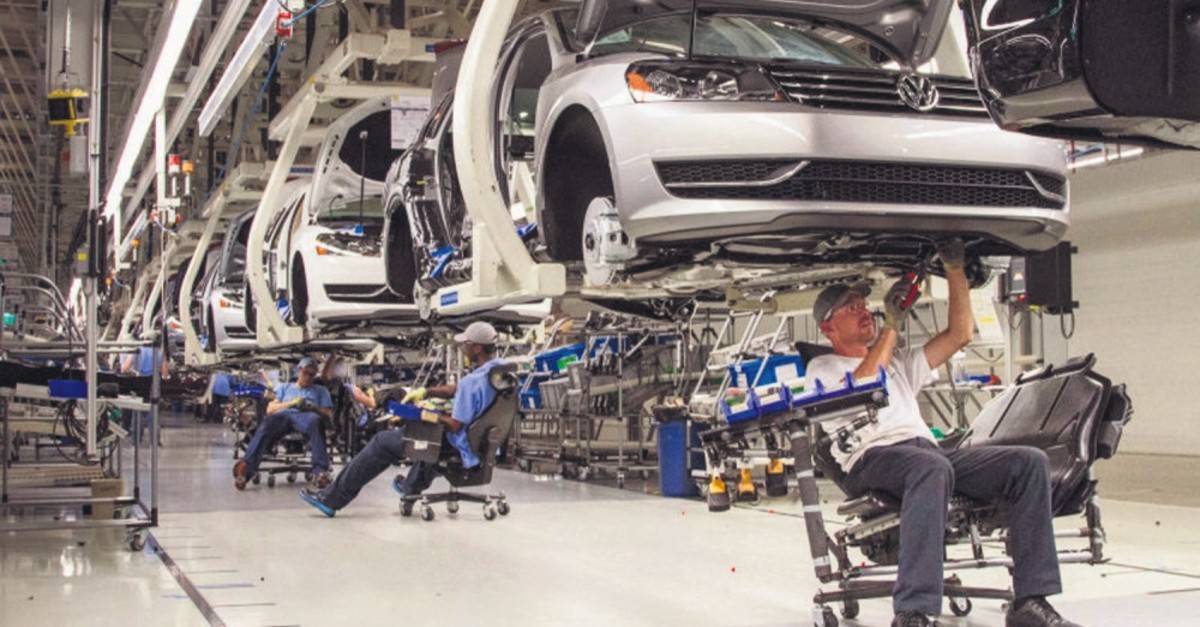 German carmaker Volkswagen has reportedly picked Turkey for its new factory investment. Reports started to emerge after VW CEO Herbert Diess paid a visit to Turkey last week and met President Recep Tayyip Erdoğan. Volkswagen management reportedly made its final decision after the meeting in Ankara on June 19. At the beginning of this year, the automotive giant announced that it would build a new factory in Eastern Europe to manufacture the conventional engine (gasoline/diesel) versions of some of its major models, as it would produce electric vehicles in its German factories due to emission limitations in Europe. The German group also agreed with America's Ford to produce light commercial vehicles at Turkey's Ford Otosan plants. Initially, there were five candidate countries for the new VW factory.

The number eventually dropped to two, leaving only Turkey and Bulgaria on the table.

The German carmaker's new plant, which will be established with an investment of up to 2 billion euros ($2.27 billion), is expected to begin production in 2022.

The German automotive giant has been shuttling between Turkey and Bulgaria for the biggest factory investment of its recent history. According to the news and developments frequently covered by the foreign press, Turkey seems to have prevailed. The VW administration is said to have made its decision in favor of Turkey, but the official announcement has yet to be announced, German daily Handelsblatt reported.

It was also reported that CEO Diess' visit last week was not his first visit to Turkey in the recent period and that he had come and established contacts a number of times before.

Handelsblatt further emphasized that Turkey's highly developed sub-industry was influential in the decision, as well as its appropriate labor costs. Furthermore, despite a noteworthy decline in the automotive sector this year, VW has been Turkey's best-selling brand for many years. Many governmental organizations have been using some of its models as their official cars, making it an attractive option for the brand.

Conducting ongoing negotiations with Volkswagen, Ermut pointed out the advantages of Turkey, highlighting the importance of the factory not only as an investment but also in the symbolical sense.

While the Aegean provinces of İzmir and Manisa were foreseen to provide the most suitable location for the factory, it is known that VW's new plant will make joint production for group brands. Meanwhile, an investment of 1.3 billion to 2 billion euros is projected for the new plant.

Expected to provide employment for approximately 5,000 people, the plant will manufacture VW's Skoda Karoq and Seat Ateca model. The factory will begin production in 2022 and serve as one of the most important production facilities in the region.

Turkey has an automotive history that goes back almost 50 years. As one of the world's leading countries in the automotive sector, Turkey has received investments from many brands, including Fiat, Renault, Mercedes-Benz, MAN, Otokar, Isuzu, Honda, Hyundai, Toyota and Temsa, for the production of automobiles, light commercial vehicles, trucks, and buses. In addition to a solid infrastructure in the automotive supplier industry, Turkey also has a skilled workforce experienced in the sector.

According to Handelsblatt, Volkswagen management was keen on investing in Turkey from the very beginning. It was also reported that Turkey's factory investment incentives and lower labor costs compared to Eastern European countries were also instrumental in VW's decision.

On the other hand, FAZ praised Turkey as an attractive production site for VW's new plant. Speaking to the newspaper, the VW spokesman said that Turkey was conducting "solid negotiations" and "talks at the highest level."

Turkey has been striving to get Volkswagen, one of its best-selling brands, to make an investment in the country for 14 years. Ferit Şahenk, president of VW's Turkey distributor Doğuş Holding, first invited VW to invest in 2005 at the Geneva Motor Show. In the following years, this call was repeated many times by both Doğuş and Ankara.