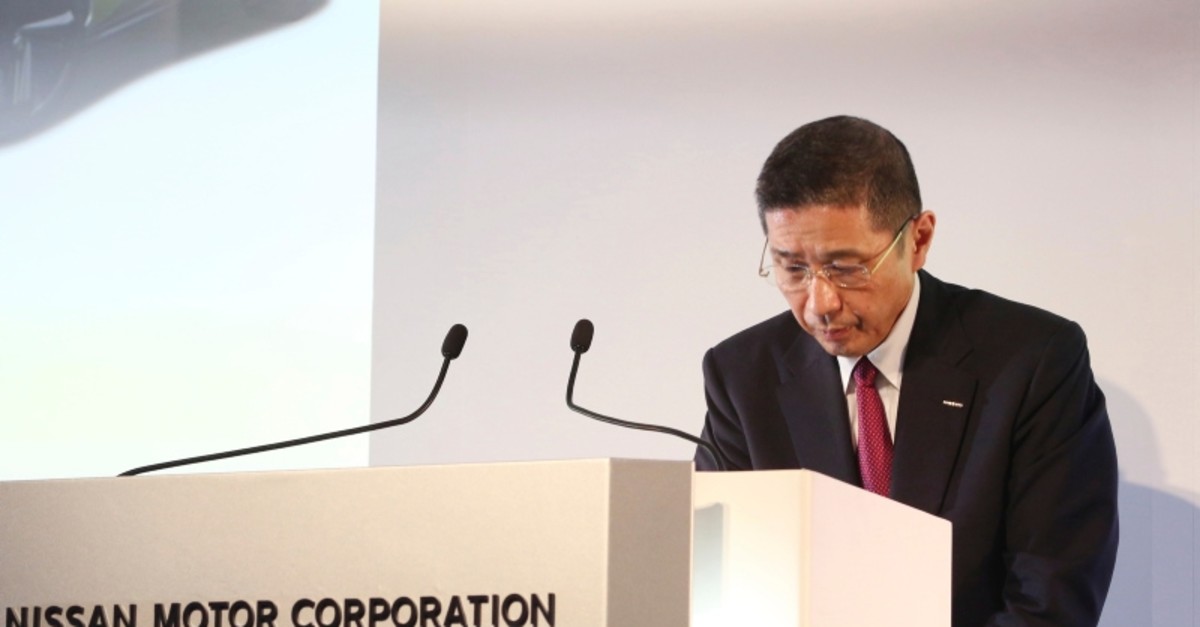 In this May 14, 2019, file photo, Nissan Motor Co. Chief Executive Hiroto Saikawa bows during a press conference at its Global Headquarters in Yokohama, near Tokyo. (AP Photo)
by Associated Press Sep 09, 2019 3:53 pm

Nissan Chief Executive Hiroto Saikawa tendered his resignation Monday after acknowledging that he had received dubious income and vowed to pass the leadership of the Japanese automaker to a new generation.

Board member Yasushi Kimura told reporters at an evening news conference at company headquarters in Yokohama that the board has approved Saikawa's resignation, effective Sept. 16, and a successor will be appointed next month. A search is underway, he added.

Calls for Saikawa's resignation, which arose after the arrest last year of his predecessor, Carlos Ghosn, on various financial misconduct allegations, have grown louder after Saikawa acknowledged last week that he had received dubious payments.

The income was linked to the stock price of Nissan Motor Co., and he has said his pay got inflated by illicitly adjusting the date for cashing in.

The automaker's board met to look into the allegations against Saikawa, as well as other issues related to Ghosn's allegations and corporate ethics at the company.

Kimura said the income Saikawa had received was confirmed as "not illegal."

Ghosn, who is out on bail and awaiting trial, says he's innocent.

Kimura and three other board members, who all have backgrounds outside the company, said their investigation of the scandal over Ghosn's arrest found that alleged misconduct by Ghosn and Greg Kelly, a former board member who was also arrested, had caused 35 billion yen ($350 million) in damage to the company.

Nissan will seek a repayment of the damages, Kimura said.

The board said about 10 candidates are being considered as a replacement for Saikawa. They did not identify them, but said outsiders and non-Japanese are on the list. Until a successor is decided, Chief Operating Officer Yasuhiro Yamauchi will serve as interim chief, the board said.

Saikawa has not been charged.

"I have been trying to do what needs to be done so that I can pass the baton over as soon as possible," he told reporters earlier in the day, referring to his willingness to leave his job.

Saikawa did not appear at the news conference initially, but the four board members who led the event said he would later.

Saikawa has said he didn't know about the improprieties, promised to return the money and blamed the system he said Ghosn had created at Nissan for the dubious payments.

Japanese media reports said Saikawa had received tens of millions of yen (hundreds of thousands of dollars) in extra compensation.

Ghosn has been charged with falsifying documents on deferred compensation, which means he did not receive any of the money.

Nissan's profits and sales have tumbled over the past year. Investors are also worried about Nissan's relationship with alliance partner Renault SA of France, which owns 43% of Nissan. Ghosn was sent in by Renault to lead Nissan two decades ago.