VW's production of Passat, Superb models in Turkey to excite competition in Europe 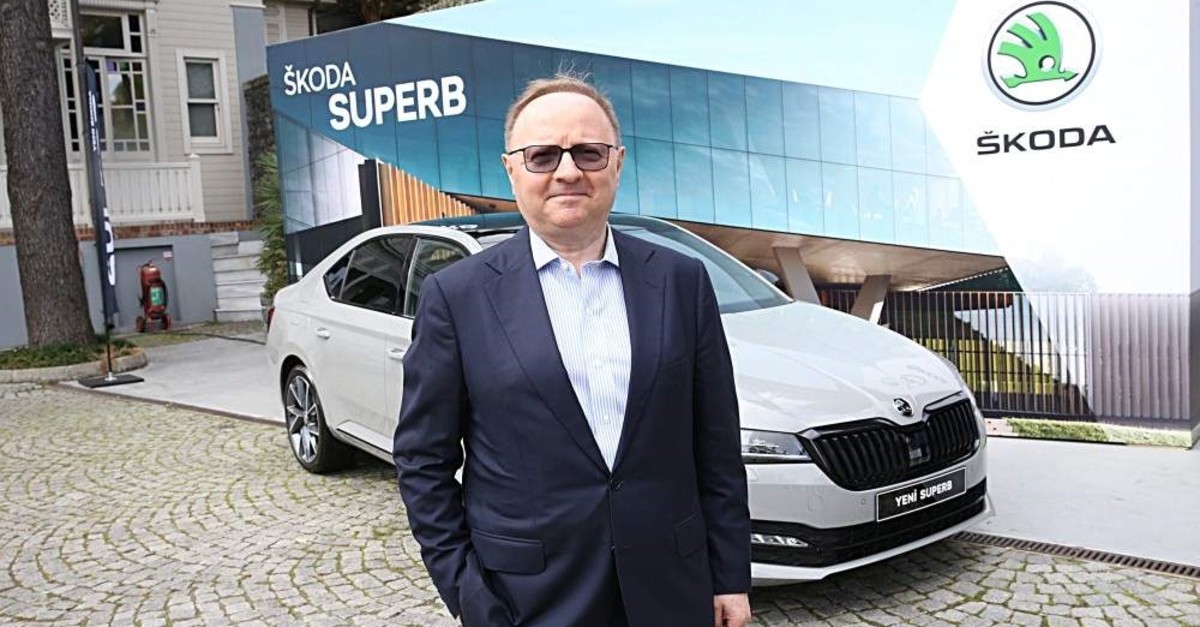 German carmaker Volkswagen’s production of Passat and the nearly identical Skoda Superb, the most widely sold models in Europe in the sedan class, will drive competition across Europe, according to Zafer Başar, general manager of Yüce Auto Skoda, the brand’s distributor for Turkey.

“There will be a nice race between us when these are produced in Turkey. They will make their own claims, and we will make our own,” Başar told Anadolu Agency (AA).

According to the Volkswagen Group, he said, the fact that a product is consumed in the area where it has been produced will bring great advantages for both the producer and the economy.

Earlier this month, the carmaker established a subsidiary in Turkey’s western Manisa province. The unit plans to carry out a wide range of production processes at the new plant, particularly the design, manufacture and assembly of automobiles, trucks and other vehicles, as well as their parts and components. It, however, did not announce what models it would produce.

The step was seen as a formal step as part of the company’s plans to build a multi-brand production facility in Manisa.

Underlining that he considers Volkswagen’s investment in Turkey to be “extraordinary,” Başar said he believes that this will make a major contribution to the Turkish economy.

Several sources close to the company recently said the multi-brand factory would cost more than 1 billion euros ($1.11 billion). It would employ near 4,000 people and construction could start at the end of 2020 with production starting in 2022, they said.

The plant, they claimed, would likely produce 300,000 cars a year, the VW Passat and Skoda Superb models, for export to Eastern Europe.

“Skoda and Superb have a special place in the Volkswagen family, Beşer further said. “They transfer technology to each other. The team that designed this model is one of the most cherished ones in Europe today. Therefore, they will maintain this performance and success with domestic production. In terms of our national economy, our recognition and our competitive power, the fact that these models will be produced in Turkey makes us very happy. We believe it will make a great contribution to us,” he added.

Referring to Volkswagen's perspective on Turkey, he underscored that the company's view is "very positive" and that there is very tight cooperation between the companies that represent Volkswagen in Turkey and the Volkswagen Group.

Başar further stated that the applications taken from Turkey in many subjects were transferred by Volkswagen and examined in its own country, adding, “The teams that do a good job are here. The Turks are really doing their job well in the world of Volkswagen. We are also a team that does our job well. I believe this relationship will develop in a positive way.”

Pointing out that Volkswagen’s investments will not be affected by the recent developments, Başar noted, “The producing units make these investments within 100-150 years of cooperation. Small incidents and small political developments would not affect the investment decisions of such giant brands. The Volkswagen family is investing all over the world. Their preference for Turkey is based on justifiable reasons. The Volkswagen Group will see in the years to come what a remarkable investment this is, including Skoda. They would not have made such an investment anyway if they were not sure about it.”

On Oct. 15, the carmaker announced it had decided to postpone the final decision on whether to build a car plant in Turkey in the wake of the country’s anti-terror offensive in northern Syria.

Turkey had launched Operation Peace Spring, the third in a series of cross-border anti-terror operations in northern Syria targeting terrorists affiliated with Daesh and the PKK’s Syrian offshoot, the People’s Protection Units (YPG), on Oct. 9.

The operation was conducted in line with the country’s right to self-defense borne out of international law and U.N. Security Council resolutions and aimed to establish a terror-free safe zone for Syrians to return in the area east of the Euphrates controlled by the U.S.-backed Syrian Democratic Forces (SDF), which is dominated by YPG terrorists.

However, Volkswagen’s production chief Andreas Tostmann told journalists last week the company was not actively scouting for an alternative location to Turkey.