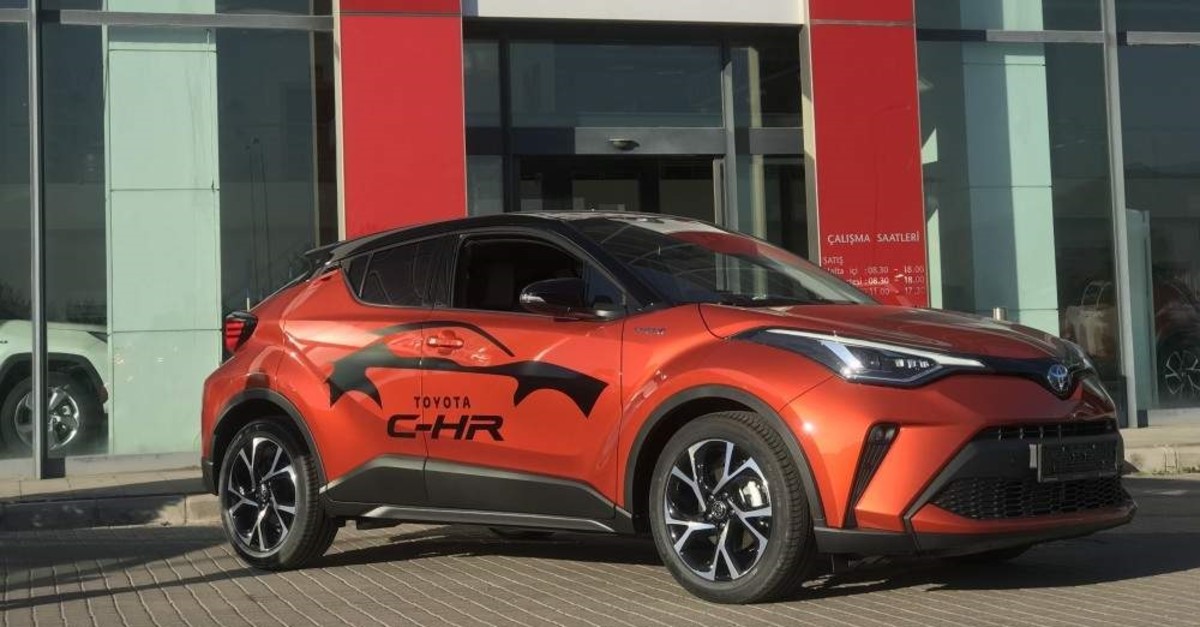 The Turkish-built Toyota C-HR has gone on to do pretty good things for Toyota since its 2016 launch and has now become the Japanese carmaker’s leading new customer-winning model in Europe.

Passenger car investments in recent years have made a positive contribution to the export of the Turkish automotive industry. Thanks to passenger cars produced in the country, exports rose to 1.3 million units in 2017 and 2018. However, the stagnation in foreign markets this year has negatively affected the exports of the industry. According to the Automotive Industry Association (OSD), exports of the Turkish automotive industry decreased by 6% as of the end of October 2019 to 1 million units.

Despite a decline in exports, the success of domestically produced automobile models continues to make a difference in Europe. Renault Clio, produced in the Oyak Renault's facility in the northwestern Bursa province, is the second best-selling model in Europe, while Toyota's C-HR, manufactured in the northwestern Anatolian province of Sakarya, stands out as the second best-selling hybrid model in Europe. Having sold 120,000 units and achieved a 10% in market share in its segment when it was first introduced in 2016, C-HR has reached over 400,000 units in Europe to date.

Meanwhile, the C-HR produced in Sakarya has come to fore with another achievement. Speaking at the press conference held in Portugal for the renewed C-HR, Vincent Dewaersegger, senior manager of product communication at Toyota Europe, said C-HR brings the highest number of new customers to the Japanese brand in Europe.

Dewaersegger stated that CHR's new customer ratio was 68% and that many European consumers met the Toyota brand for the first time thanks to C-HR. He also added that 87% of C-HR sales are hybrid, pointing to a rate higher than other Toyota models.

Toyota Turkey Marketing and Sales CEO Ali Haydar Bozkurt said that C-HR, the first crossover and hybrid automobile produced in Turkey, is the second model after Corolla in total hybrid sales. Bozkurt explained that they have sold 13,647 units of C-HRs since November 2016, adding they aim to sell 1,000 units in the last two months of the year.

“The preference for hybrid cars in our country has increased in recent years. Our hybrid models account for 50% of our sales. By pulling up our hybrid quota, this rate will increase even more if we can provide the vehicle numbers we want,” Bozkurt said.

C-HR is a very important milestone for Toyota Motor Manufacturing Turkey. In November 2016, the capacity of the factory, which commenced the C-HR production with an investment of 350 million euros, rose from 150,000 units to 280,000. Sakarya Toyota plant has the highest production volume among Toyota plants in Europe. To date, the factory has produced a total of 500,000 units of C-HR and exported 90% of the production, meaning 450,000 units, to 100 countries.