Domestic automobile to be manufactured in Gebze's IT Valley 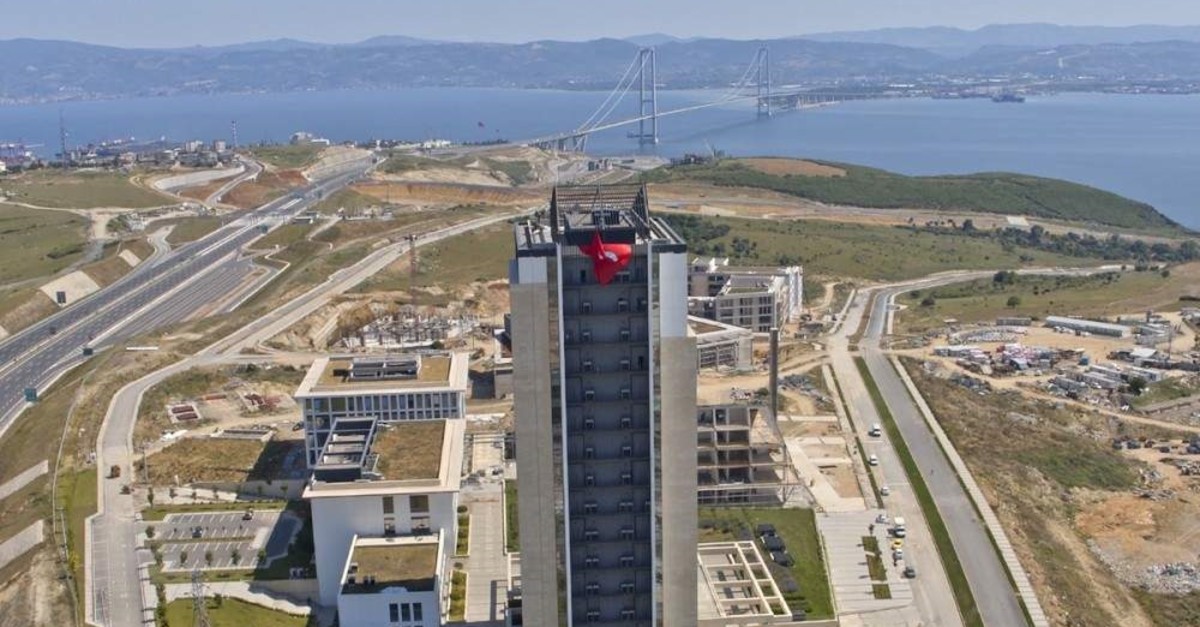 An aerial view of the IT Valley in Gebze district in the industrial province of Kocaeli in northern Marmara.
by Ufuk Sandık Nov 18, 2019 5:32 pm
The location of the production headquarters for Turkey's Automobile Joint Venture Group (TOGG) has recently been determined as the Information Technologies Valley (IT Valley) in the Gebze district of the industry-rich province of Kocaeli.
The proximity of Gebze to the bases of a plethora of potential subcontracting firms is considered the biggest factor behind the decision. The Automotive Supplier Industry area is located close to the IT Valley in Gebze-Şekerpınar. Bursa, meanwhile - the heart of the Turkish automotive industry - is within reach of the IT Valley via the Osmangazi Bridge.
In an earlier statement, TOGG President Gürcan Karakaş had noted that the initiative sought proximity to suppliers in its deliberations on the factory location, saying, “Every automobile manufacturer wishes to be close to suppliers. Thus, our technical team is looking at various options, including Bursa's surrounding area."
While his wish seems to have come true, TOGG already moved its management office from the Union of Chambers and Commodity Exchange of Turkey (TOBB) building in Levent to the IT Valley on October 7. Opened in September 2018, IT Valley hosts research and development companies in the IT, electronics, software and robotics sectors.
TOGG aims to begin mass production in 2021 and launch the domestic automobile in the first half of 2022. The first vehicle to be released will be the completely-electric C-SUV. Plans state that up to five models will be in production by 2030. In the mean-time, three existing models produced by the group will undergo a revamp.
While the domestic automobile is soon set to be unveiled to the Turkish public, TOGG will showcase a moving prototype of the domestic vehicle at a meeting in December. President Recep Tayyip Erdoğan is also expected to attend the launch event and test a prototype model.
The TOGG has hired Sergio Rocha, a leading figure in the global automobile industry, as Senior Operations Manager. Rocha will lead product planning, program management, procurement, supply chain, production engineering, and production operations at TOGG. Before coming to Turkey, Rocha worked in an electric vehicle venture in India.
When TOGG launched its domestic automobile project, it conducted a survey of more than 2,000 people throughout Turkey. The survey pointed to high demand for an SUV vehicle in the C segment. Thus, the first model to be produced was the C-SUV, in a move that points to the say Turkish consumers have had in the priorities of the company designs. In clinical trials, customers were asked about their needs and expectations, which were later taken into account in interior and exterior design.
Last Update: Dec 20, 2019 1:46 am
RELATED TOPICS