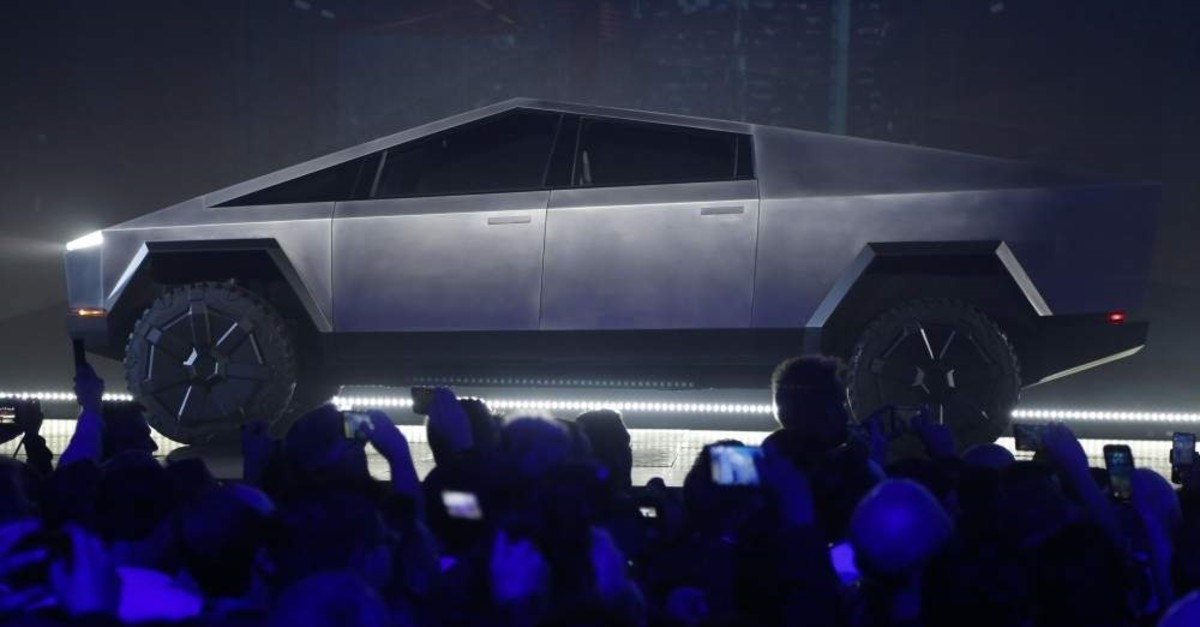 The Tesla Cybertruck is unveiled at Tesla's design studio, Thursday, Nov. 21, 2019, in Hawthorne, Calif. (AP Photo)
by Nov 24, 2019 1:27 pm
Tesla's new electric pickup truck has secured almost 150,000 orders, the company's chief executive Elon Musk boasted on Twitter, just two days after its big reveal went embarrassingly wrong.
The billionaire Tesla co-founder floundered on stage in California on Thursday when the vehicle's armored glass windows cracked in a demonstration intended to prove their indestructible design.
Shares in the company plunged 6.1% following the truck's bumpy launch and several lackluster reviews.
But on Saturday Musk tweeted that Tesla had already received 146,000 orders from prospective owners.
"146k Cybertruck orders so far, with 42% choosing dual, 41% tri & 17% single motor," he wrote.
The demand comes despite the product receiving "no advertising & no paid endorsement."
The industrial-looking Cybertruck is covered in the same steel alloy Musk plans to use for his SpaceX Starship rocket and will be able to go from 0 to 100 kilometers (62 miles) per hour in about three seconds, the Tesla chief executive claimed in his presentation. He said the entry-level model will have a starting price of $39,900 and a 400-kilometer (250-mile) range, while a deluxe option will be able to travel twice the distance and will sell for $69,900.
No date has been given for its release, but analysts said it would not be ready before the end of 2021 at the earliest. Its space-age design is unlikely to challenge top-selling models by Ford and other conventional car companies, analysts warn.
Last Update: Dec 20, 2019 1:53 am
RELATED TOPICS