Automotive industry on way to achieve 2nd highest exports ever 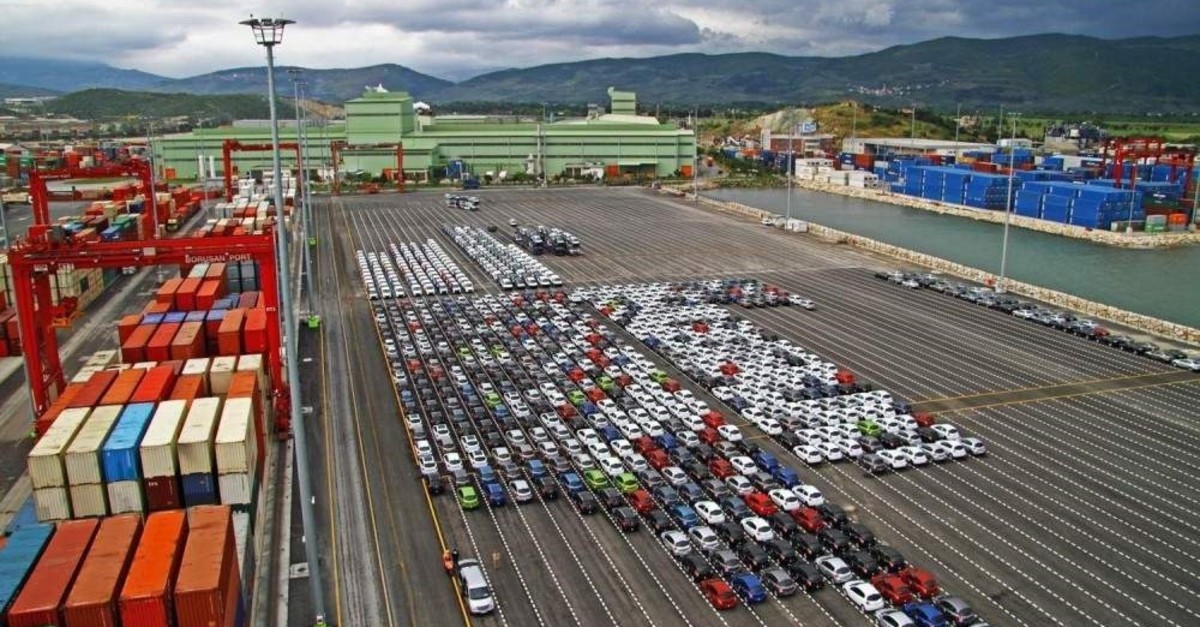 The automotive industry had its best year ever in 2018 with exports worth $31.6 billion, an all-time high. (?HA Photo)
by Daily Sabah with AA Nov 28, 2019 5:57 pm
The locomotive of Turkish exports, the automotive industry, is expected to achieve its second-best year ever in terms of foreign sales.
The industry’s exports will exceed $30 billion at the end of this year, according to Baran Çelik, chairman of the Uludağ Automotive Industry Exporters Association (OİB), who said it will be the second-highest value following last year’s all-time high figure.
In the January-October period of 2019, exports of the automotive industry reached $25.4 billion, Çelik told Anadolu Agency (AA) yesterday.
Automotive exports last year hit an all-time high and reached $31.6 billion. Compared to the same period of last year, exports are 3.5% lower in the first 10 months of this year.
Çelik pointed out that the main market for the sector is the European Union countries and that the exports are mostly based on euros.
“The fact that the euro-dollar exchange rate is at a disadvantage in 2019 compared to last year shows that we are a bit behind because our exports are made in euros and counted in dollars,” he said. “If we were to hold euro-based export statistics, we could see an increase of 1% in euro-based exports in 2019 as well.”
Elaborating on the performance expectations for the rest of the year, he noted that they see that they can easily surpass $30 billion.
“Exports worth $30 billion are a threshold for the automotive industry, which we surpassed in 2018 with a record-breaking figure,” Çelik continued. “We anticipate that we can surpass $30 billion, or even $31 billion this year. We can say it will be the second-highest export year.”
Noting that 2017 was the closest year to this figure with $28.5 billion, he said in the previous years, they had exports below $25 billion. “Reaching $31 billion in exports this year is, of course, a successful outcome. This figure covers a portion of 17% of Turkey's overall exports,” he added.
NEW MARKETS: NORTH AFRICA, RUSSIA, ISRAEL
Saying that exports to EU countries, the traditional market for the sector, shrank by 10% this year, Çelik stated that they compensated some of this with new markets and pointed to North Africa, Russia, Israel, and the Americas in this regard.
“Our exports to these countries are facing two-digit growth. In this respect, in terms of the diversification of the export market, this year is better than the previous years. However, there is still much to do about it because our dependence on EU countries is at 77% in exports. This figure went down from 80% to 77%,” Çelik further stressed, suggesting that they should increase exports to other markets as well.
Last Update: Dec 20, 2019 2:00 am
RELATED TOPICS