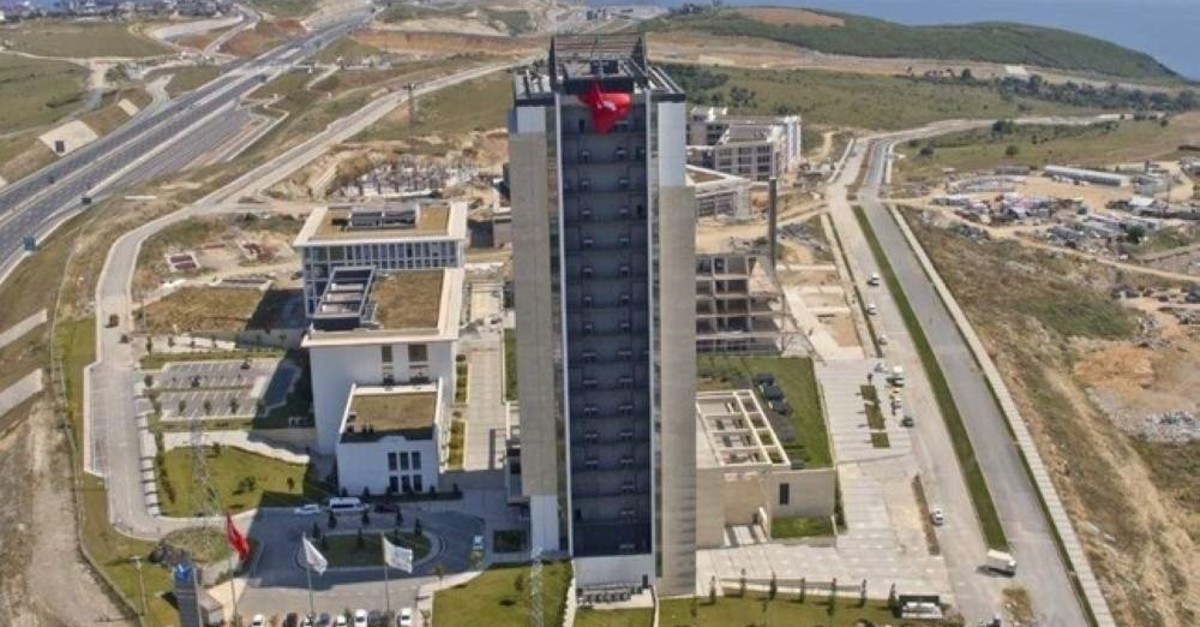 An aerial view of the IT Valley in Gebze district in the industrial province of Kocaeli in northern Marmara.
by daily sabah
Dec 11, 2019 5:26 pm

After a lengthy journey, Turkey is counting the days before it unveils a prototype of its first indigenously manufactured automobile. In addition to already known facts, such as that it will be a fully-electric sport utility vehicle (SUV) in the C segment, new details have emerged regarding its design.

Namely, the design of the first model has been made by the world-renowned Italian car design firm and coachbuilder Pininfarina, reports in the Turkish media said Wednesday.

President Recep Tayyip Erdoğan is expected to make the first test drive of the indigenous car, whose prototype will be unveiled to the Turkish public for the first time during a ceremony to be held in the coming days in the Gebze district of the industry-rich province of Kocaeli.

The car is said to be manufactured in Gebze’s Information Technologies Valley (IT Valley). Additionally, Erdoğan, who is expected to make the test drive over Osmangazi Bridge – a landmark road bridge over Turkey's Marmara Sea – is also expected to reveal the name of the car.

Gürcan Karakaş, the CEO of Turkey’s Automobile Joint Venture Group (TOGG) – which was formed by the five largest Turkish industrialists that will develop the country's first domestically manufactured automobile – had previously on a number of occasions stressed that they would prefer to work with the best in the world.

Pininfarina is probably best known for its historic relationship with Ferrari, Alfa Romeo and Maserati. With a name still synonymous with some of the world’s most glamorous cars, the famed design house has been responsible for nearly every great Ferrari production car ever built.

The company was also preferred for the first domestic vehicle of Vietnam, which saw the rollout of its first car from its assembly line in June this year. The deal between Vietnamese car maker VinFast, a unit of the real-estate conglomerate Vingroup JSC, made Pininfarina responsible for the development of two cars – the SUV and sedan – which were the two most voted designs by Vietnamese consumers in “VinFast car vote contest” launched in October 2017.

On the other hand, multiple reports in recent days also claimed that imaging technology with augmented reality will be used in Turkey’s domestic car instead of a navigation device.

Karakaş has said that they have developed a project that will completely eliminate the need for in-car navigation devices by using imaging technology with augmented reality as a result of their joint work with a local startup company.

“We are working on a system that completely eliminates the need for navigation devices in the car. This system, which uses imaging technology with augmented reality, is not currently available as a solution. If we manage the production in time, we will use it in our first SUV model, if not, we aim to use this system in our future vehicles,” the TOGG CEO said.

Among others, the charging time of the first model is reported to take around 10 hours in normal plug sockets at home, while in the DC charge unit, this time would be reduced to only half an hour.

TOGG aims to begin mass production in 2021 and launch the domestic automobile in the first half of 2022. The first vehicle to be released will be the completely-electric C-SUV. Plans state that up to five models will be in production by 2030. In the mean-time, three existing models produced by the group will undergo a revamp.

When TOGG launched its domestic automobile project, it conducted a survey of more than 2,000 people throughout Turkey. The survey pointed to a high demand for an SUV vehicle in the C segment.

The project – whose intellectual and industrial property rights will be fully owned by Turkey – is expected to contribute 50 billion euros to the Turkish economy and 7 billion euros to the current account deficit, and create direct and indirect employment for some 20,000 people.

The proximity of Gebze to the bases of a plethora of potential subcontracting firms is considered the biggest factor behind the decision for the domestic car to be manufactured there. The Automotive Supplier Industry area is located close to the IT Valley in Gebze-Şekerpınar. Meanwhile, Bursa – the heart of the Turkish automotive industry – is within reach of the IT Valley via the Osmangazi Bridge.

In November 2017, Turkey ventured into a groundbreaking initiative to manufacture its own domestic automobile. The project has brought together the country's largest manufacturers and companies in a consortium that includes Anadolu Group, BMC, Kök Group, Turkcell and Zorlu Holding, all experienced in their own areas of operation.

The five domestic firms, now with 19% shares each, and the TOBB, with 5% of the shares, lead the TOGG joint venture.