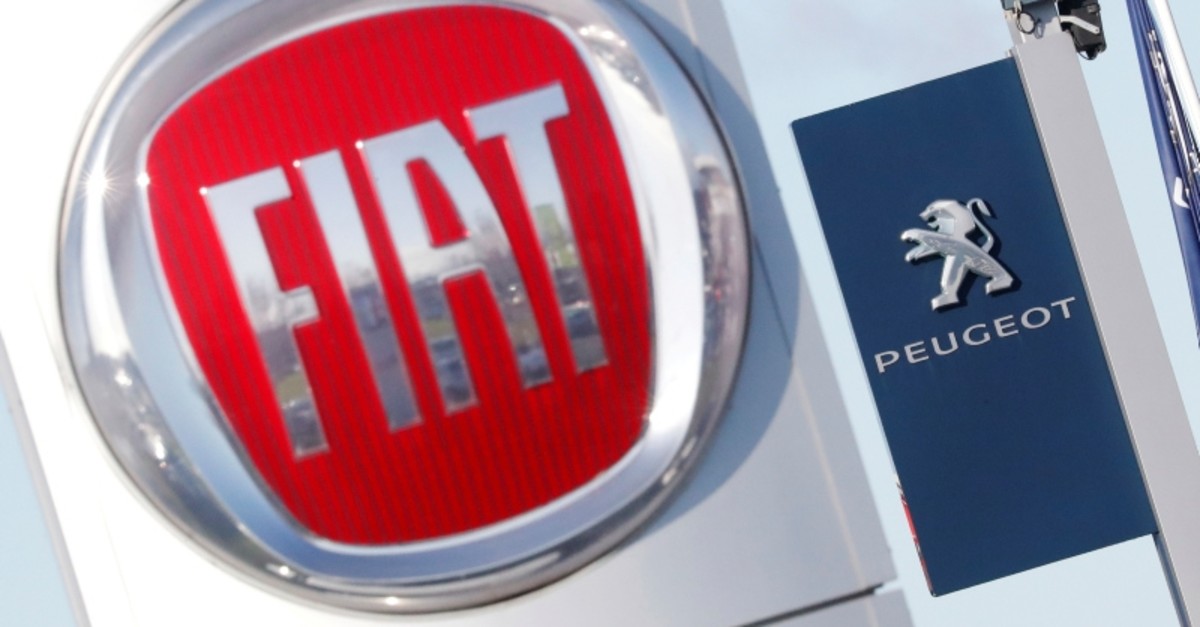 The logos of car manufacturers Fiat and Peugeot are seen in front of dealerships of the companies in Saint-Nazaire, France, Nov. 8, 2019. (Reuters Photo)
by Compiled from Wire Services Dec 18, 2019 10:11 am

In a joint statement, the companies said the new group will be led by PSA's cost-cutting CEO Carlo Tavares, with Fiat Chrysler’s chairman John Elkann as chairman of the merged company.
"Fiat Chrysler Automobiles and Peugeot SA (Groupe PSA) have today signed a binding combination agreement providing for a 50/50 merger of their businesses to create the fourth largest global automotive original equipment manufacturer by volume and third largest by revenue," the statement said, adding that the tie-up would not involve any plant closures.

The companies said that the merger would position the new company to "successfully capitalize on the opportunities presented in the new era of sustainable mobility.''

Mergers are one way for carmakers to share costly investments in new technologies, a must in a rapidly changing industry moving towards hybrid, electric and self-driving vehicles.