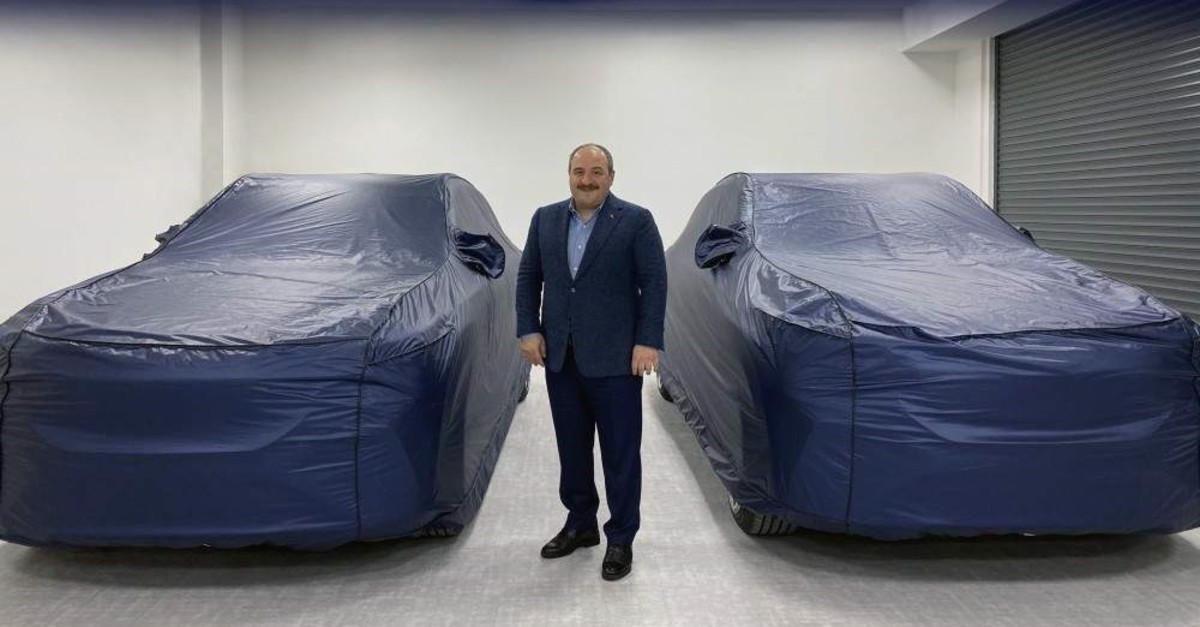 Turkey's long-awaited dream to manufacture an indigenous car has started to see some concrete developments. As the design phase has been delivered, the country is now poised to see the first model.

On Friday, Dec. 27, the first model of the "made-in Turkey" car will be showcased in the Gebze district of the industrial province of Kocaeli, President Recep Tayyip Erdoğan said Friday, responding to the journalists' questions in Kuala Lumpur where he attended a summit.

Following Erdoğan's announcement, Industry and Technology Minister Mustafa Varank also shared a photograph with two veiled cars at the Gebze premises of Turkey's Automobile Joint Venture Group (TOGG) – formed by the five largest Turkish industrialists in November 2017 to develop the country's first domestically manufactured automobile. The location of the production headquarters for TOGG has recently been determined as the Information Technologies Valley (IT Valley) in Gebze.

TOGG aims to begin mass production in 2021 and launch the domestic automobile in the first half of 2022. The first vehicle to be released has been planned to be a completely-electric C-SUV. Plans state that up to five models will be in production by 2030. In the meantime, three existing models produced by the group will undergo a revamp.

In an evaluation of the economic outlook, the president pointed out the fall in interest rates – which he deemed as a pillar of economic growth.

"Turkey has begun to see the results of the falling interest rates and inflation. The lower rates have already ramped up investments. Both public and private lenders continue to provide loans for entrepreneurs. 2020 will hopefully be a leap year in investments," Erdoğan remarked.

Turkey has so far attracted $13 billion in foreign direct investment (FDI), recording a 13% rise compared to the previous year.

At the last meeting of the year, the Central Bank of the Republic of Turkey (CBRT) decided on the fourth rate cut of the year by 200 basis points. Since July, the CBRT has slashed the one-week repo by 1,200 basis points, from 24% to 12%.

Drawing attention to the significant drop in inflation compared to last year's figures, Erdoğan stressed that the inflation figures will also continue to fall in the upcoming period.

Inflation, which had become a pressing issue for the Turkish economy over the last year, dropped significantly throughout the course of this year after topping 25.24% in October last year amid high fluctuations in exchange rates. It had eased to 9.26% in September this year, when it hit single digits for the first time since July 2017 before dropping to 8.55% in October, its lowest since December 2016.

As expected, the consumer price index reverted to double-digit territory and rose in November, however, less than market consensus. It rose to 10.56% year-on-year last month due to waning of a so-called base effect. The inflation rate is expected to hit 12% this year, as laid out in the new economic program (NEP), announced by the government in September. The program forecasts inflation to stand at 8.5% next year, 6.0% in 2021 and 4.9% in 2022.