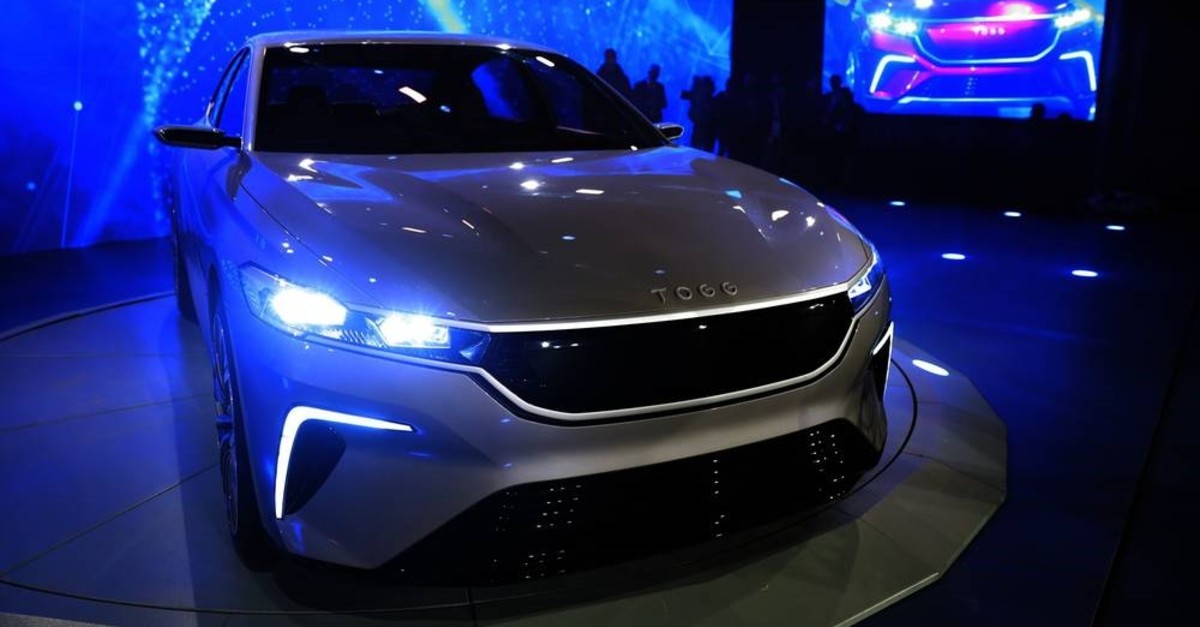 With interest in Turkey's recently-introduced first indigenous car already running high, the procedure for pre-orders will be set up soon, according to the industry and technology minister.

"We're at the stage of producing 100-150 prototypes. They will be tested, and at the beginning of 2022, the factory will start mass production," Mustafa Varank told Anadolu Agency's Editors' Desk on Monday.

Applications to buy the indigenous car once it rolls off the assembly line in northwestern Bursa are not yet being accepted, but interest both in Turkey and abroad is high, he added. The advance orders will be received by the company after the launch of the brand.

In a survey conducted among more than 1,500 citizens by an independent company, 95.4% of the participants said they were aware of the car project and have already seen the photos and advertisements of the prototype. Of these respondents, 97.6% support the project.

The indigenous car project may be considered the first project to see such growing support among the public so far, Varank said.

Meanwhile, 88% of respondents expressed interest in buying the car, while 98.4% liked the design.

The minister highlighted that among the survey participants, only 55% owned a car. Of those who do not own a car, 96.2% said they would buy the indigenous car given the chance. 90.3% of the participants said they believed that the domestic car has the potential to become a world-renowned brand.

Varank also noted that within the scope of the project, which is being carried out with state-supported private entrepreneurship, the work will continue to create a brand compatible with the car's design while reflecting Turkey's characteristics.

Turkey will guarantee the purchase of 30,000 units of the landmark vehicle by 2035. The automotive purchase guarantees will be the first of their kind, he remarked.

Turkey's long journey to produce a fully homegrown car came to an end on Dec. 27 as the country unveiled the first prototypes in a grand ceremony in the northwestern town of Gebze.

The fully electric SUV will come in two different engine configurations: 200 horsepower or 400 horsepower. The 400 horsepower will go from 0 to 100 kph in 4.8 seconds. It will have a range of up to 500 kilometers and its locally produced Lithium-ion battery will reach 80% charge under 30 minutes.

The car, which is a product of Turkey's 60-year-dream that finally came true, was designed by Turkey's Automobile Joint Venture Group (TOGG) in just 18 months.

TOGG comprises five of Turkey's leading industrial groups that have joined forces to build the car. It will establish a factory in the northwestern province of Bursa, often dubbed the capital of Turkey's automotive industry.

The groundbreaking ceremony for the factory, to be established on 1 million square meters of land in Bursa's Gemlik district, is expected to be held in the first half of this year, Varank said. The production plant will be completed in 2021, and the first car will be produced in 2022.

TOGG CEO to introduce Turkey's car to the world

In the meantime, TOGG CEO Gürcan Karakaş will introduce Turkey's domestic car at a conference he will attend at the world's largest consumer electronics show, CES, held annually in Las Vegas, according to a report in the Turkish Sabah daily Monday.

CES has become a favorite platform of automotive brands in recent years. Automakers prefer CES, which brings together technology companies, rather than auto shows like those in Detroit, Frankfurt and Paris.

The fair, which kicks off Tuesday and will run through Friday, will host Audi, BMW, Byton, Daimler, FAW Group, FCA (Fiat- Chrysler), Fisker, Ford Motor Company, Honda, Hyundai Group, Lexus, Nissan and Toyota. The event will also host sub-industry companies such as Bridgestone, Bosch, Valeo, Toyota Boshoku, Aisin Group, Continental and Osram who will showcase their new technologies. The fair, to be attended by more than 4,500 companies from 155 countries, is expected to attract over 170,000 visitors.

CES offers an environment in which not only new products are displayed, but ideas that will shape the future of the world are also discussed. The fair includes 250 conferences, in which experts from various sectors will speak on "the future."

The speakers include Daimler Chairman and Mercedes-Benz CEO Ola Kallenius, U.S. President Donald Trump's daughter and senior adviser Ivanka Trump, and TOGG CEO Karakaş, who will be introducing Turkey's car to the world. He is also expected to share TOGG's vision for the future of mobility, smart cars and smart cities. Karakaş joined CES last year.

TOGG defines the domestic car as a smart device and a walking computer, not only as a vehicle that moves from point A to point B. Therefore, the domestic car could reportedly be exhibited at technology fairs rather than just traditional auto shows. If this happens, the C-SUV, which is scheduled for sale in the middle of 2022, may show up for the first time at a future CES.