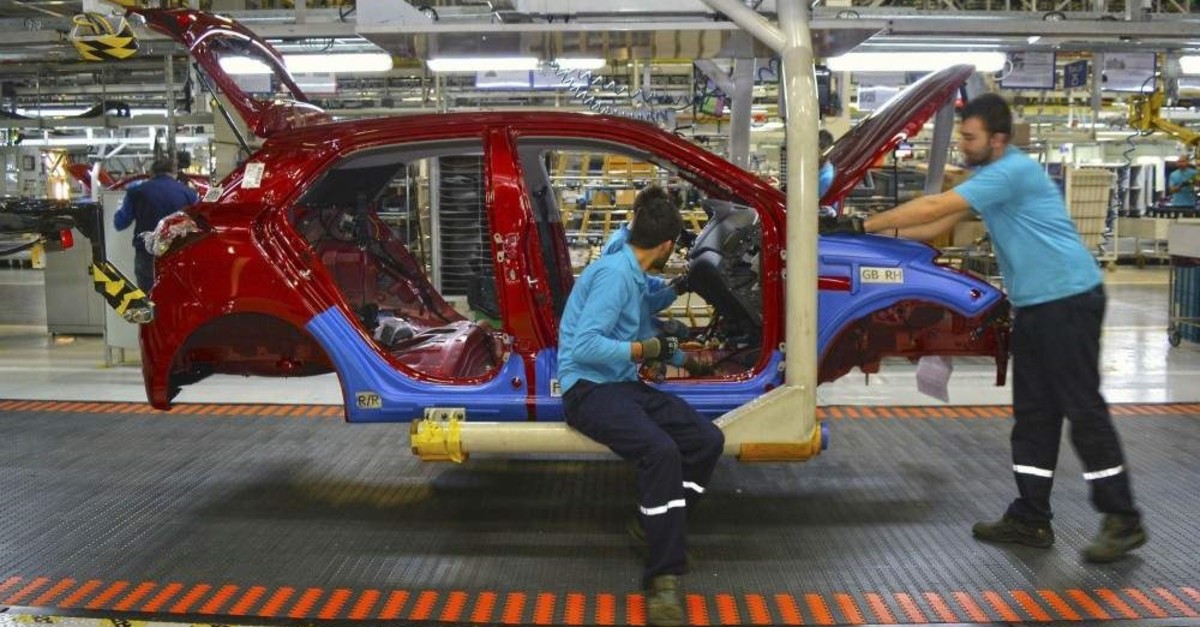 Hyundai has been producing the i10 model manufactured in its ?zmit factory since 2013 and exporting it to 45 countries. (File Photo)
by Ufuk Sandık Jan 13, 2020 11:41 pm
The automotive industry, which had a challenging year in 2019, has seen a fast start to 2020. The revamped i10 model has rolled off the production line at Hyundai Assan's Izmit-based factory, and Oyak Renault has started the production of hybrid engines.

The automotive sector had a tough year in 2019. According to data from the Automotive Industry Association (OSD), a total of 1.461 million cars were produced, down by 6% due to the shrinkage in the domestic market and the fluctuation in global markets. Also, the number of cars exported stood at 1.252 million, down by 5%. The automotive industry had set a historical record with 1.7 million cars produced in 2017. The total production was down to 1.5 million vehicles in 2018.

With a fast start to 2020, the Turkish automotive industry has welcomed pleasing developments. The first news came from Hyundai Assan, the South Korean Hyundai's first production center overseas. The brand's completely revamped its i10 model on the production line at Hyundai Assan's Izmit factory. The i10, one of the models of Hyundai's bestselling "i" series in Europe, will be available in Turkey and Europe in the first quarter of the year. Hyundai Assan has been producing the i10 model since 2013 and exporting it to 45 countries.

The new version of the Hyundai i10 was first introduced at the Frankfurt Motor Show, held in September 2019. Designed and developed in Europe, the i10 stands out as a compact city car designed for the needs of the regional market.

The second good news was from Bursa. Oyak Renault started production of hybrid engines alongside Megane sedans and Clio. The world premiere of the new Clio hybrid and the new Captur's rechargeable plug-in hybrid versions, produced in Bursa, was held at the Brussels Motor Show.

The Renault Group will add eight 100% electric models and 12 hybrid and rechargeable hybrid models to its product range by 2022. All these hybrid engines will be manufactured by Oyak Renault and exported for use in Renault Group brands. Turkey will become the French automotive giant's hybrid car manufacturing base.

Hyundai Assan, the South Korean brand's compact production base in Europe, produces the i10 and i20 models. The vehicles produced at the Izmit facility, which has a capacity of around 240,000 units, are mainly exported to European countries.

Oyak's Renault Bursa plant, previously selected by the French automotive giant Renault for the production of electric vehicles, has now taken on another important task. Bursa has become the center where hybrid engines are produced by the French Renault Group. The company received an incentive of TL 493 million under the "project-based incentive system" for hybrid car investment.

The new Clio E-TECH provides up to 40% fuel savings in urban use compared to a thermal engine, performing 80% of urban use in fully electric mode. The new Captur E-TECH Plug-in can be used at a maximum speed of 135 kph for 50 kilometers in mixed use and for 65 kilometers in urban use with 100% electricity. A plug-in hybrid version of Megane is also expected to be produced soon.
RELATED TOPICS