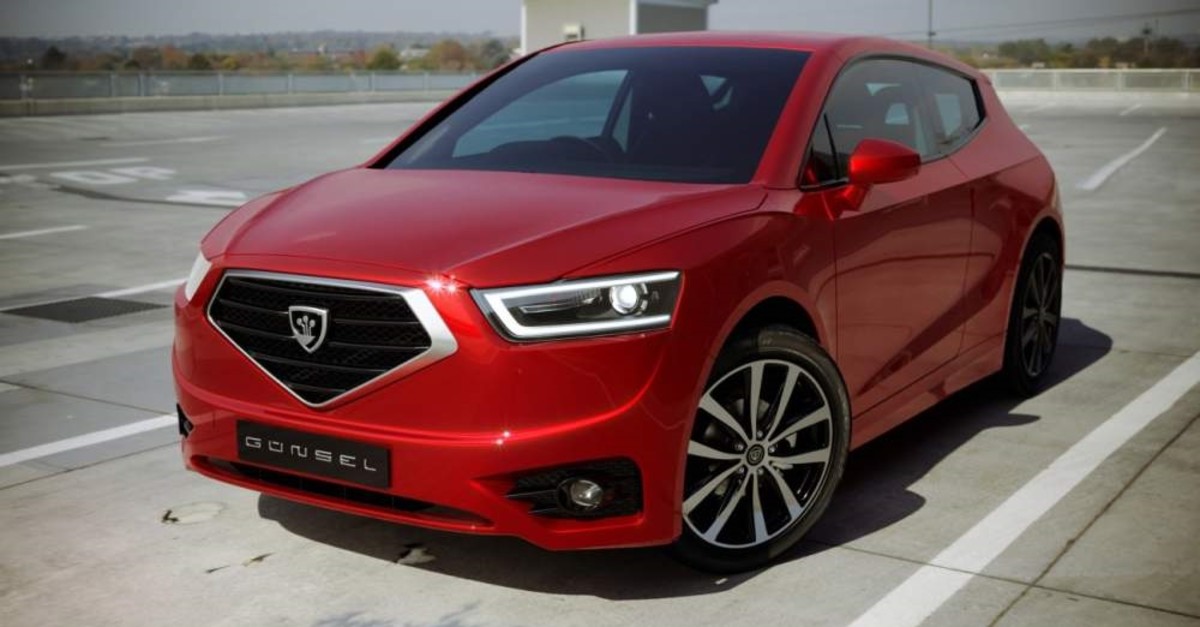 The Turkish Republic of Northern Cyprus (TRNC) is preparing to publicly unveil a prototype of the first model of its first domestic car, the result of years of work by Near East University and research and development (R&D) teams.

Production of the prototype of Günsel has concluded after the car was first introduced in 2016 and the first model, B9, will be available for the public for the first time on Feb. 20.

Günsel reached the production stage as a result of 1.2 million hours of labor spent from production to quality control processes by 109 engineers and was established at the Near East University campus.

The car will incorporate the use of electric technology and is aimed to reach 0 to 100 kilometers in 8 seconds with a 120 kilowatt (kW) electric motor equivalent to 160 horsepower.

A cooperation protocol was signed with 800 companies from 28 countries for the parts that will be used in the production process of the TRNC's first domestic automobile.

Professor İrfan Suat Günsel, chairman of the Board of Trustees of Near East University, and who headed the R&D activities of Günsel, his own project, told Demirören News Agency (DHA) that agreements are a significant step for both TRNC and Turkish automotive industry.

The development process of the automobile is said to have been formed with the combination of 10,000 parts that are highly secure, unique, efficient and advanced technology.

Indicating that the project will make a major contribution both to the national economy and employment as a result of the start of the mass production process, Professor Günsel said the automobile will hold an important position in the domestic electric car industry.

The professor stated that there are many automotive giants in the world, but none of them can produce all their parts domestically, adding that there are large companies that produce car parts.

Pointing out that they aim to ensure that many of the parts to be used in Günsel are produced in TRNC and Turkey to reduce production costs, he stated: "We want to cooperate with domestic and foreign companies and to produce unique vehicles for us and to develop a supplier industry in our country. It just does not seem possible for all parts to be produced in our country at the moment. Therefore, we want to create synergy by collaborating with the suppliers in Turkey and taking advantage of the experience of these companies."

He explained that the car has been produced in accordance with international environmental norms with a comprehensive synergy study combining the experiences of the companies, using safe, light, fuel-saving and composite materials.

"Local and international suppliers will produce parts of Günsel, which is planned to be sold after mass production in 2021, based on the strategy of localizing electric car production. I hope these important agreements will be good for our country and our companies," he added.