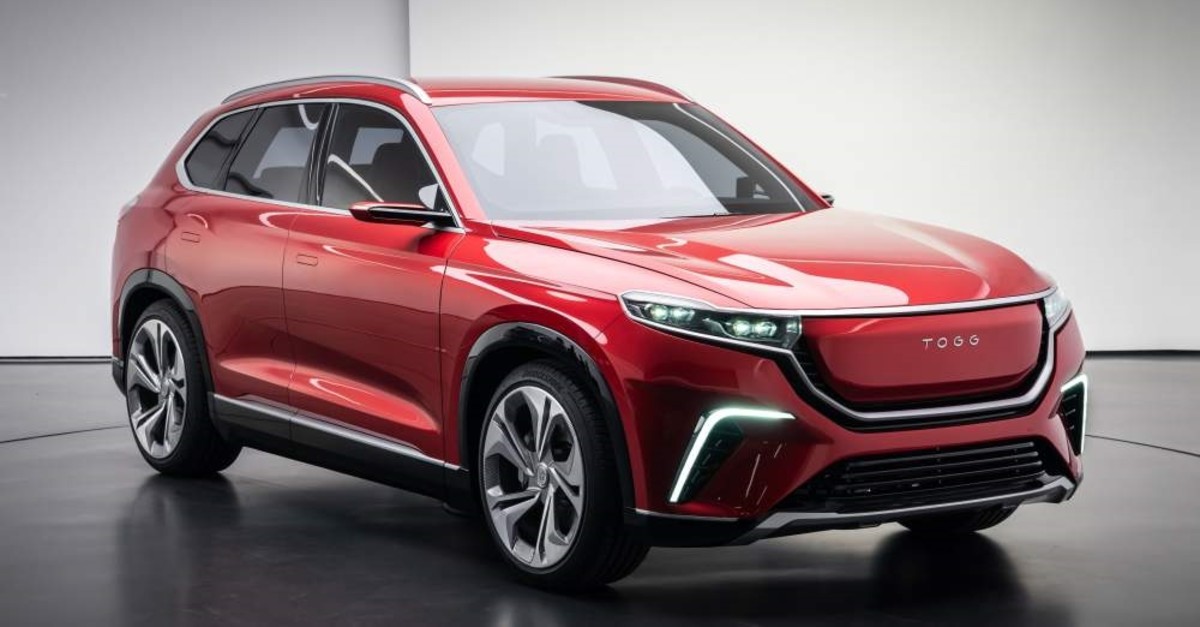 Three out of 10 people in Turkey will be using electric vehicles by 2030, experts suggest. The country has a growing potential in the sector, especially after unveiling its first domestically-produced fully-electric car

The Atlantic Council Global Energy Center Deputy Director for Climate and Advanced Energy David Livingston told Anadolu Agency that the introduction of Turkey's first, domestic all-electric vehicle was a clear signal that electrification of the transport sector is a "strategic priority" for the country.

By 2030, TOGG will produce and own the intellectual and property rights of five different models – SUV, sedan, c-hatchback, b-SUV and b-MPV. The vehicle-manufacturing factory, which is anticipated to cost TL 22 billion, will employ more than 4,300 staff, including 300 qualified personnel.

TOGG's engineers are responsible for the entire design of all original and patented electric vehicle platforms for all five models.

"It is not just a goal written down on paper but the country is putting more than $3.5 billion into developing this electric vehicle platform and the automobile joint venture TOGG. From an energy security perspective, this makes imminent sense in addition to cutting emissions," he said.

With the country's annual bill of more than $40 billion for energy imports, most of which comes from oil, Turkey's electric vehicle strategy is appropriate in addressing its current account deficit, according to Livingston.

He explained that this strategy would not only address the local market in Turkey but he expects that the electric vehicles will also be exported to markets around the world.

Livingston said Turkey's ambition to have 1 million electric vehicles on the road by 2030 is attainable but it would require coordinated investments and supportive policies while preparing a roadmap for placing 1 million charging points across the country in key transport corridors by 2030.

"It will not happen automatically. But the Shura Energy Transition Center in Turkey estimates that by 2030, three out of every 10 citizens in Turkey will be driving an electric vehicle," he said.

He stressed that Turkey also needed to determine locations where the power grid needed upgrading and strengthening to deal with the anticipated charging uptake, develop a battery manufacturing strategy and determine who will own and/or oversee the charging infrastructure.

Similar to Turkey, Europe began its ambitious electric vehicle strategy by offering incentives for the construction of large-scale factories for manufacturing lithium-ion batteries to serve the anticipated growing demand from electric vehicles in the European market and around the world, Livingston explained.

"Nowadays battery manufacturing is a very competitive landscape. You need not only a very ambitious target and policy that supports achieving a high degree of electric vehicle penetration in the automotive sector but you also probably need some sort of incentive mechanisms to attract the investment for that battery manufacturing facility," he said.

Livingston also recommended that a clear supply chain in terms of raw materials would help the country reach its aim.

He detailed that Turkey needed to consider whether it could source key minerals for the production of cobalt and lithium locally or obtain them through established commercial and trading relations with producers in Africa or from three South American countries, known as the lithium triangle, in Bolivia, Chile and Argentina.

Although Turkey has lithium, uranium and a lot of graphite deposits, he stressed that it was not necessary to develop all these deposits in the country, but rather ensure a robust supply chain with price transparency and reliability to provide these minerals to the battery manufacturing facility located in the country.

To acquire a secure supply chain, he suggested that Turkey avail of its rich and long-standing commercial relationships with countries in its broader region, including Sub-Saharan Africa, where nearly 60% of the world's cobalt is sourced from the Democratic Republic of the Congo.