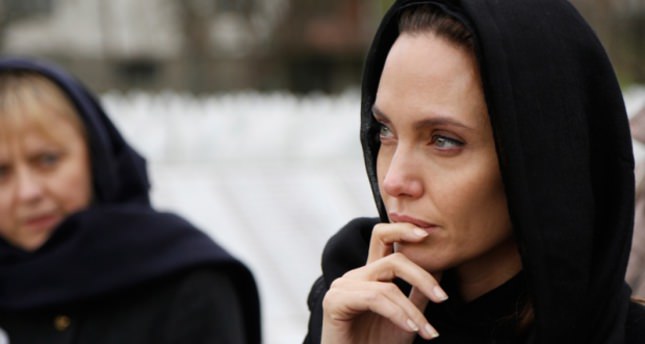 During her speech at the conference organized by Bosnia's Defense Ministry and the British and Norwegian Embassies of Sarajevo at Dom Armije (Officer's Club), Jolie stated that she is very pleased to be visiting Sarajevo again. Pointing to the recent disastrous war in Bosnia-Herzegovina, Angelina Jolie further said that Bosnian military forces have left those dreadful days behind, adding it is good to hear that Bosnian soldiers have recently carried out humanitarian aid activities in other countries. Underlining sexual violence in conflict zones, Jolie remarked, "There are still some countries considering the subject of this conference as a taboo. Sexual violence targets citizens. However, it is rather hard to discuss this issue in detail."