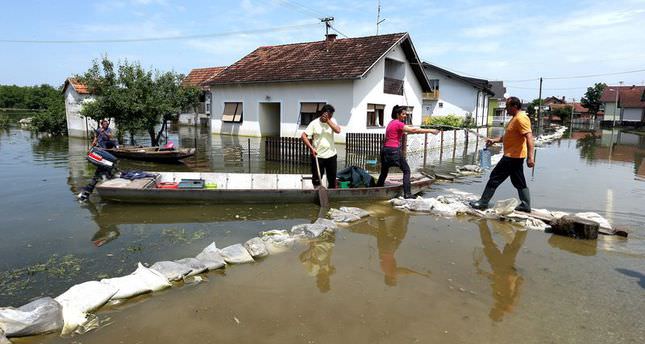 by AA May 27, 2014 12:00 am
SARAJEVO, Bosnia-Herzegovina — The state of emergency has been lifted in the Bosnian Serb Republic of Bosnia and Herzegovina, on Monday, while other flooded regions are still struggling with water and possible landslides.

The Balkans were recently hit by floods that killed at least 60 people throughout the region and affected almost a quarter of Bosnia's population of four million.

Prime Minister of the Bosnian Serb Republic Zeljka Cvijanovic told journalists, after a government meeting, that the situation in eight cities, most affected by the floods, including Doboj and Bijeljina, remained perilous.

Meanwhile, roads to Racha, Brcko, Samac are still closed to vehicles, according to a statement made by the Bosnian border police.