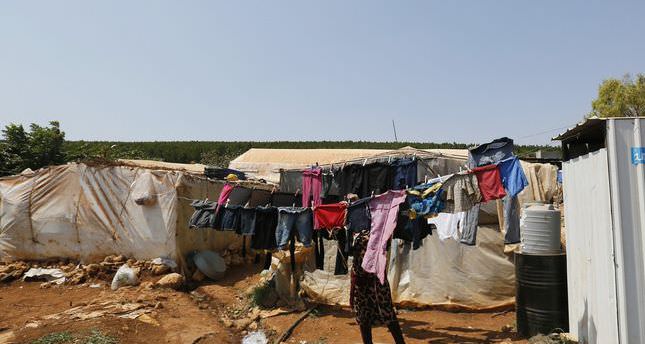 by Sep 01, 2014 12:00 am
Macedonian authorities have detained more than 100 illegal immigrants, mostly from Syria and Iraq, who were found hiding in a train carrying coal from neighbouring Greece, the interior ministry said on Monday.

The immigrants were discovered late on Sunday in Veles, a town in central Macedonia.

"It was difficult to communicate with most of them, they didn't know where they are, where they are coming from or where they were going," said interior ministry spokesman Ivo Koteski.

He said information police had managed to gather suggested they had crossed into Turkey from neighbouring Syria and Iraq and were then smuggled into Greece. From there they were supposed to travel through Macedonia into Serbia before continuing towards Western Europe.

Koteski said the group was being held at a centre for illegal immigrants near the capital Skopje and that Macedonia plans to repatriate the immigrants to Greece.

Police said the immigrants had paid around 3,000 euros apiece to be smuggled into Greece, and additional 800-900 euros to go on to Serbia.

Macedonia, a small Balkan country of two million people, is rarely the final destination for illegal immigrants, but is a main crossroad on the route to Western Europe.

Three million Syrian refugees are registered in neighbouring countries, but many remain trapped by the advance of self-proclaimed Islamic State of Iraq and al-Sham militants or are having difficulty in reaching open border crossings, the United Nations said on Friday.

Syrians desperate to leave their homeland after more than three years of civil war are forced to pay hefty bribes at armed checkpoints proliferating along Syria's borders, or to smugglers, the U.N. refugee agency said.