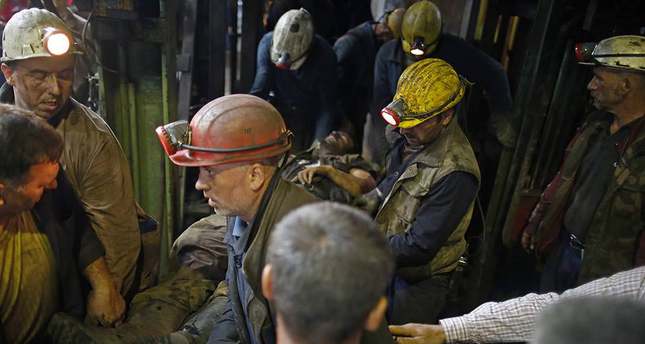 by Associated Press Sep 05, 2014 12:00 am
An official says five men are still buried inside a coal mine that had collapsed and trapped 34 miners in central Bosnia.

Esad Civic, the manager of the Zenica mine, said Friday the rescue effort has been halted after emergency workers pulled out 29 miners.

Rescuers say they have not been able to reach the remaining five men, who are still inside the pit some 500 meters (1,600 feet) below the ground. Officials would not confirm that the men were dead but their chances of survival were not immediately clear.

The 29 other miners who escaped looked tired and shaky but not seriously injured.