Bosnia to vote for new leaders and parliament 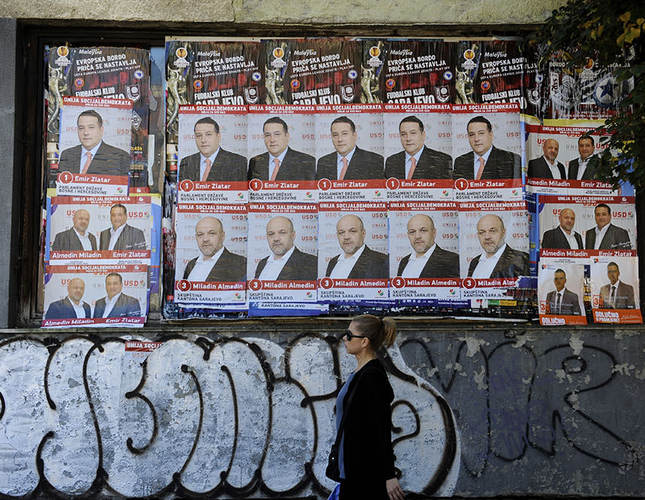 by Oct 12, 2014 12:00 am
Bosnia voted Sunday to choose new leaders and a parliament amid mounting social discontent in a country plagued with corruption and ethnic disputes which are hampering its approach to the European Union.

Around 3.3 million citizens were eligible to cast ballots to elect three members, a Croat, a Muslim and a Serb, of the joint presidency as well as the new central parliament in the former Yugoslav republic that suffered a 1992-1995 war.

As well as the three-headed presidency and central legislature, Sunday's polls will elect assemblies for the two entities, and in Republika Srpska the voters will also elect a president.

Bosnia today is one of Europe's poorest countries and remains split along ethnic lines.

The country is also plagued by wide-spread corruption and ethnic disputes between politicians from three main ethnic groups -- the Croats, Muslims and Serbs.

Growing public discontent escalated in February into the kind of popular uprising not seen since the brutal conflict of two decades ago.

Thousands took to the streets protesting against the government's failure to fight graft and introduce political and economic reforms needed for the country to gain EU membership.

Due to lack of reforms Bosnia is lagging behind its fellow Balkan countries on the path to the 28-nation bloc.

Sunday's elections saw 5,400 polling stations open throughout the Balkan country. They were to close at 7:00 pm (1700 GMT), with first partial results expected around five hours later.

Local political analysts have warned that the elected officials would likely be quickly confronted with major social discontent if they do not radically change things.