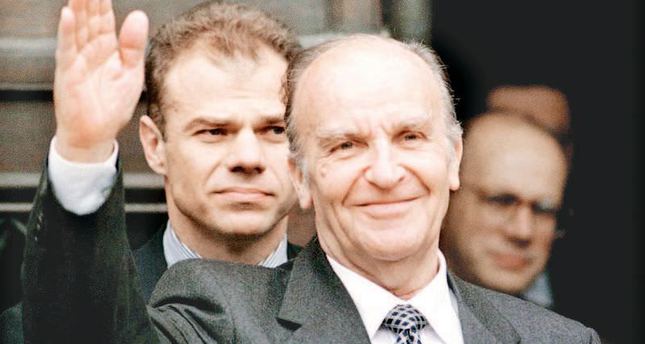 Bosniak politician Alija Izetbegovic, who brought independence to his home country, is commemorated in Bosnia Herzegovina on his eleventh death anniversary.

Having struggled against fascism and Chetnik ideology during the Second World War and communism afterwards, Izetbegovic fought for the independence of Bosnia Herzegovina from Yugoslavia in the 1990s.

His son and member of the BH Presidency Bakir Izetbegovic - who was re-elected in elections last week - told the Turkish press agency AA that he tried hard to follow his father's line, saying they hoped to build a state within the coming four years of which Aliya would have been proud of, if he was still alive.

Aliya's granddaughter Emina Berberovic noted her grandfather's popularity gained through being the first president of the state had never changed him or his successors, adding they had grown up as normal people.

Living on in the hearts of his people, Alija Izetbegovic referred to as the "Wise King" managed to gain independence for his country on March 1, 1992 - months after Slovenia and Croatia gained their independence after the war.

In his well-known book 'Declaration of Islam' in 1970, Izetbegovic examined thoroughly independence, awakening and the expansion of Islamic thought at the time, as well as recovering the Muslim world, the relationship between the West and Islamic world and how to build a new civilization as primary subjects.

However, along with 12 Bosniak scholars, he was jailed for 14 years after being accused of "separatism and establishing an Islamic state" in 1983 and was released by the Yugoslavian state in 1988.

He entered politics the same year and founded the Party of Democratic Action, or SDA, in 1990 - aiming to save Bosniaks from feeling inferior in their own motherland.

Being one of the six republics of Yugoslavia, Bosnia's SDA won the 1990's first multi-party elections with 86 seats in the parliament of 240 seats.

In 1992, a referendum on independence for Bosnia Herzegovina was held, on which 64 percent of its people participated and voted 99.44 percent to become independent.

One month later, European Union and U.S. announced their recognition of the state.

However, the then-political leader of Bosniak Serbians, Radovan Karacic, started ethnic cleansing in Bosnia Herzegovina - starting a war which led to a massive catastrophe for Bosniaks.

But neither during the war nor during the 1995 Srebrenitsa genocide, did Izetbegovic lose his resistance spirit for his people and homeland.

In November 1995, Bosniaks - amid international pressure - stopped the war with the Dayton Treaty.

Leaving a flag to his country, Izetbegovic died eight years after the treaty was signed, in 2003.

As per his request, his tomb was placed in the humble Kovaci martyrdom in Bosnia Herzegovina's capital Sarajevo, with the words, "I vow to God - whose strength is above all - we will not be slaves" on his gravestone.

"If we forget the genocide done to us, we are compelled to live it again. I shall never tell you to seek revenge, but never forget what has been done," he told his people.

"To become the teacher of the earth below, one has to become the student of the sky above. Law is not only my profession, but my preference of living and my life's motto. We won't seek our future in the past. We won't run after grudge and revenge," he said.