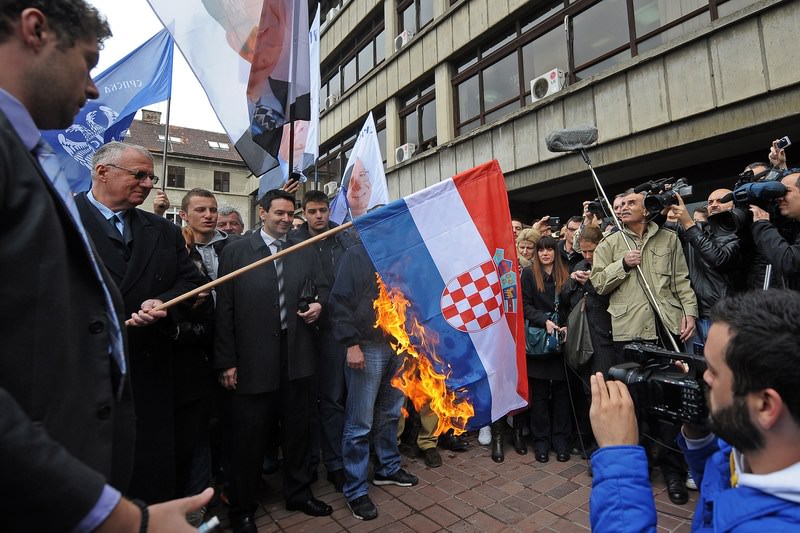 by Associated Press Apr 02, 2015 12:00 am
Serbian and Croatian officials have sought to defuse tensions on Thursday that grew after a Serb far-right leader burned a Croatian flag on while defying orders to return to the U.N. war crimes tribunal.

After Vojislav Seselj set the Croatian flag on fire on Wednesday in Belgrade, Croatia recalled its ambassador to Zagreb for consultations and nationalist politicians on both sides exchanged harsh words. It triggered the worst political crisis since the two former foes fought in the 1990s Balkans wars.

Judges at the U.N. tribunal in The Netherlands ruled Monday that Seselj had breached conditions of his provisional release on health grounds, and ordered him to return. He has refused.
Last Update: Apr 02, 2015 4:50 pm
RELATED TOPICS