Man ‘returned from Syria’ detained in Bosnia-Herzegovina over gun attack 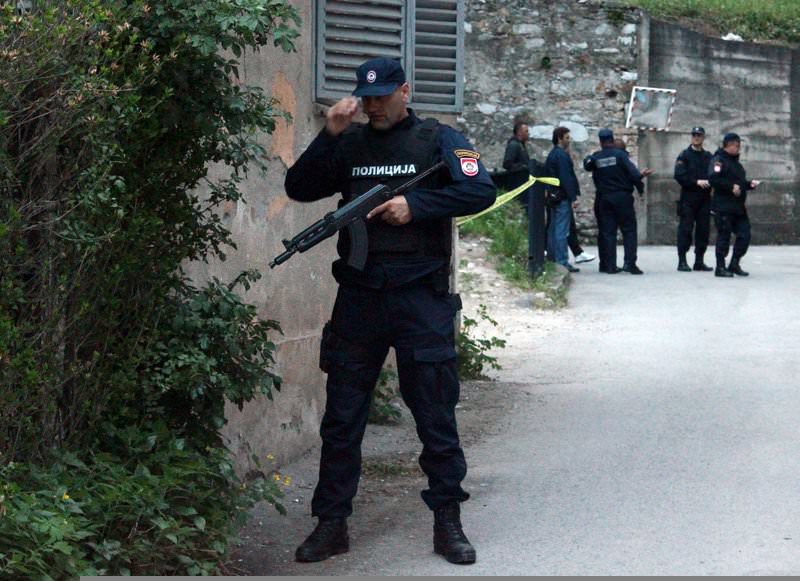 by Daily Sabah with Reuters Apr 27, 2015 12:00 am
A Bosnian man, who is claimed to have fought in Syria, was detained on Tuesday in connection with the assault on a police station in the country's eastern town of Zvornik.

The assailant, 24-year-old Muslim Bosnian Nerdin Ibric, killed one police officer and wounded two others, before being fatally shot.
The Islamic community in Zvornik quickly condemned the attack.

The suspect taken into custody is known to police and has been questioned in the past for possible Syria ties and recruitment efforts for the self-proclaimed Islamic State of Iraq and al-Sham (ISIS), Bosnian Serb police chief Dragan Lukac said.

Lukac said the suspect had frequent contact with Ibric in the lead-up to Monday's attack. The police chief didn't immediately give details about the suspect's connection to the shooting, or whether he may have inspired the gunman to launch an attack by preying on his vulnerabilities about his father.

Izeta Okanovic, a neighbor of the gunman in the nearby village of Kucic Kula, told The Associated Press that the man's father was taken away in 1992 and that he never came back. Local media reported that Serb police rounded up the father along with 750 Muslims from the town and killed them all.

The attack threatened to stir tensions between Serbs and Bosnians in Bosnia-Herzegovina, a country still deeply divided 20 years after the end of a war that killed 100,000 people during the collapse of Yugoslavia.

Neighbors said Ibric was quiet and jobless, and local media described him as a Wahhabi extremist, followers of which have increased in number since the Bosnian war during a period of upheaval and poverty.

"It seems he was connected to the Wahhabis; they inspired him to do this," Safet Ramic, a cousin of the gunman, told Reuters by phone. "He tried to spread these ideas among others as well but did not succeed."

First appearing near the Nejd region in eastern Arabia toward the end of the 18th century, Wahhabism spreads through the media and education systems. The organization opens centers all over the world and sends religious people to these places in order to spread Wahhabism. In particular, they target Muslim countries that do not have social or financial power.

The Western world, and even some Sunnis, mistakenly consider Wahhabism to be within the framework of Sunni beliefs.