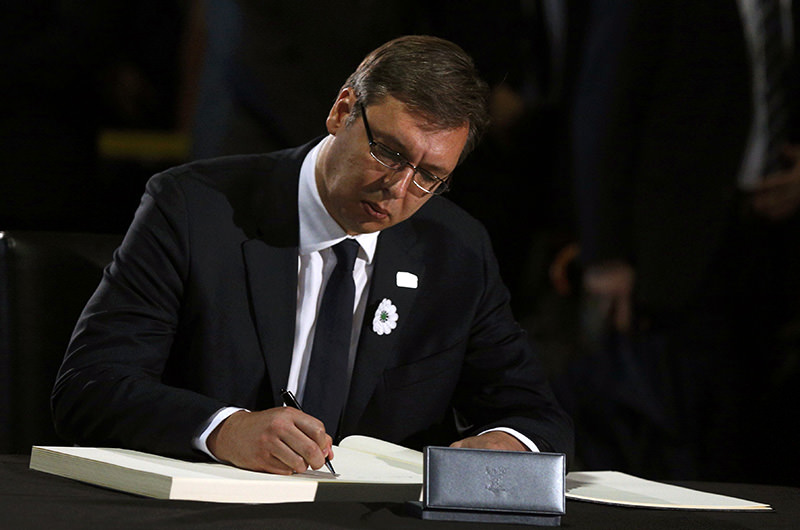 "There are no words to express regret and pain for the victims as well as anger and bitterness towards those who committed that monstrous crime," Aleksandar Vucic said in a public letter published shortly before he was to attend a commemoration ceremony in the eastern Bosnian town.

"Serbia clearly and unambiguously condemns this horrible crime and is disgusted with all those who took part in it and will continue to bring them to justice," he said.

Someone threw a shoe at him. The crowd eventually chased Vucic away from the ceremony. A few people carried banners with Vucic's wartime quote: "For every killed Serb, we will kill 100 Bosniaks."

During the 1992-95 war, the United Nations declared Srebrenica a safe haven for civilians. But on July 11, 1995, Serb troops overran the Muslim enclave. Some 15,000 men tried to flee through the woods toward government-held territory while others joined the town's women and children in seeking refuge at the base of the Dutch U.N. troops.

Serbian and Bosnian Serb politicians have long denied the scale of the killing in Srebrenica, although two international tribunals have described the bloodshed as genocide.

Some 50,000 people, as well as dignitaries from across Bosnia and abroad, were expected to be present at Saturday's ceremony marking two decades since the massacre.