Serbian Patriarch threatens to use ‘force’ should Kosovo join UNESCO 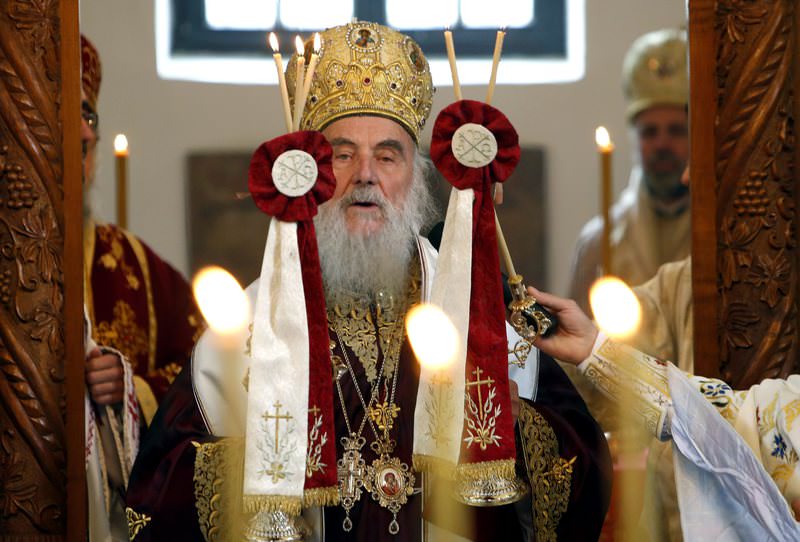 by Daily Sabah with AP Nov 04, 2015 12:00 am
The head of Serbia's Orthodox Church Tuesday threatened to use "force" if Kosovo were accepted as a member of the UN cultural agency UNESCO and holy sites there were recognised as belonging to the country not recognized by many non-NATO states including Russia, Iran and China.

The predominantly ethnic Albanian territory unilaterally declared independence from Serbia in 2008 -- a move Serbia refused to recognise despite more than 100 countries, including the United States and a majority of EU member states recognising Kosovo as an independent state.

"If force is deployed" to deprive Serbia of its cultural and historical heritage, "we will do all we can to defend them by peaceful means or by force," Patriarch Irinej said on state television.

"I hope we won't be forced to employ these means," he said, referring to the use of force.

Late last month, the executive board of Paris-based UNESCO voted to recommend Kosovo be accepted as a member.

The agency's 195-member assembly, which meets in November, will have the final say on whether Kosovo joins or not.

Serbia's patriarch said unspecified world powers "want to take these holy sites from us and declare them Kosovan".

"These places belong to us; they are part of our (Serbian) history, of our culture and the cradle of all that is grand and lasting in our culture," he said.

The people of Kosovo "had throughout their history only destroyed" holy Serbian sites, referring to the 2004 inter-ethnic riots in which dozen of Serbian churches and monasteries were torched or damaged.

Belgrade sees Kosovo as the cradle of the medieval Serbian state and has until now been in charge of suggesting Kosovan additions to UNESCO's world heritage list.

If Kosovo is admitted to UNESCO, Pristina will be in charge of doing so in the future, managing heritage in the country, including Orthodox heritage.

Turkey was the first country to recognize Kosovo as a sovereign state. 108 United Nations member countries including the US, UK, Germany and France recognize the newly founded Balkan state.
RELATED TOPICS