Bridge on the Drina gets a Turkish facelift 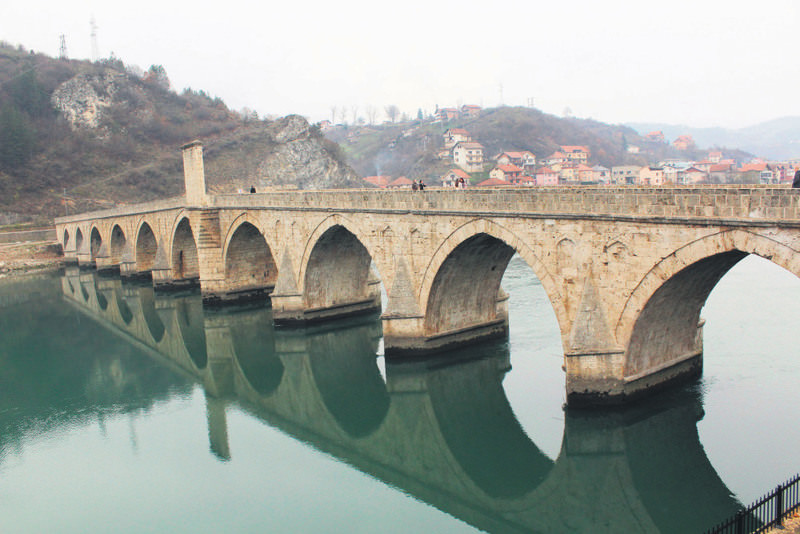 by Anadolu Agency Dec 22, 2015 12:00 am
The Turkish Development and Cooperation Agency (TİKA) wrapped up an ambitious project to restore a historic bridge in Bosnia-Herzegovina made famous by a Nobel Laureate.

The Drina Bridge or Sokollu Mehmet Paşa Bridge in Visegrad was restored to its former glory with a 5 million-euro project by state-run TİKA, which undertakes restoration work all across the Balkans.

The bridge, which gave its name to the novel of Yugoslavian author and winner of the Nobel Prize in literature, Ivo Andric, describes the history of the bridge and people living near it, and was largely in ruins before it was restored last time in 1961 - some 384 years after it was built by Ottoman Empire's royal architect Mimar Sinan. The bridge was built upon the orders of Ottoman vizier Sokollu Mehmet Paşa who hailed from Visegrad. The restoration took five years and the bridge will be officially reopened in a few months. Hüseyin Şanlı, an official from TİKA, said the historical bridge was a landmark both in Bosnia-Herzegovina and the Balkans, and they attended to every detail in the restoration process. "This is one of the most beautiful works by Sinan and a legacy of the Ottomans. We did our best to maintain it and help it survive," he said.

The bridge, included on UNESCO's World Heritage List in 2007, is located on the eponymous river in eastern Bosnia-Herzegovina. It is 180 meters long, 7 meters wide and bears characteristics of Ottoman-era structures in the Balkans with its brick arches.
Last Update: Dec 22, 2015 12:09 pm
RELATED TOPICS