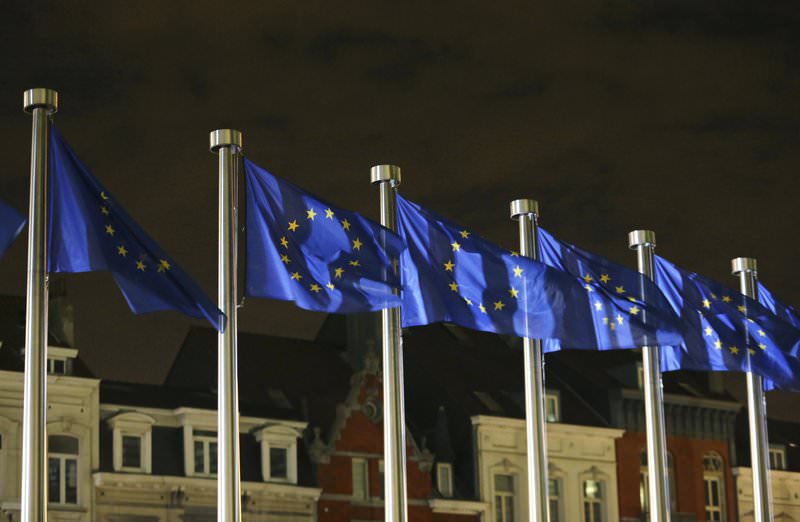 | REUTERS Photo
by Feb 22, 2016 12:00 am
Joining the European Union has lost its allure for candidate countries in the Balkans due to the bloc's migrant crisis and the possibility that Britain will leave the bloc, Serbia's prime minister said on Monday.

"The EU that all of us (Balkan countries) are aspiring to, it has lost its magic power," Vucic told a conference at the European Bank for Reconstruction and Development (EBRD) in London.

"Yes we all want to join, but it is no longer the big dream it was in the past."

Balkan countries have been badly affected by the migrant crisis, which has seen more than a million people flood into the EU over the past year, fleeing wars and poverty in the Middle East and beyond. Many migrants have taken the "Balkan route" via Macedonia, Serbia and Croatia to reach wealthy western Europe.

Speaking to Reuters on the sidelines of the event, Vucic also raised the prospect of a British exit, or "Brexit".

"When you see that in Britain at least 50 percent of the people say they want to leave (the EU) that has an effect on the public," he said.

Prime Minister David Cameron has negotiated changes to the terms of Britain's EU membership and hopes to persuade voters to back them in an in-out referendum set for June 23. Some opinion polls suggest the outcome could be very close.

Among Serbia's neighbours in southeastern Europe, Bulgaria, Romania and Croatia are already inside the EU, while Macedonia, Montenegro, Albania and Turkey are candidate nations along with Serbia. Bosnia and Kosovo also hope one day to join.