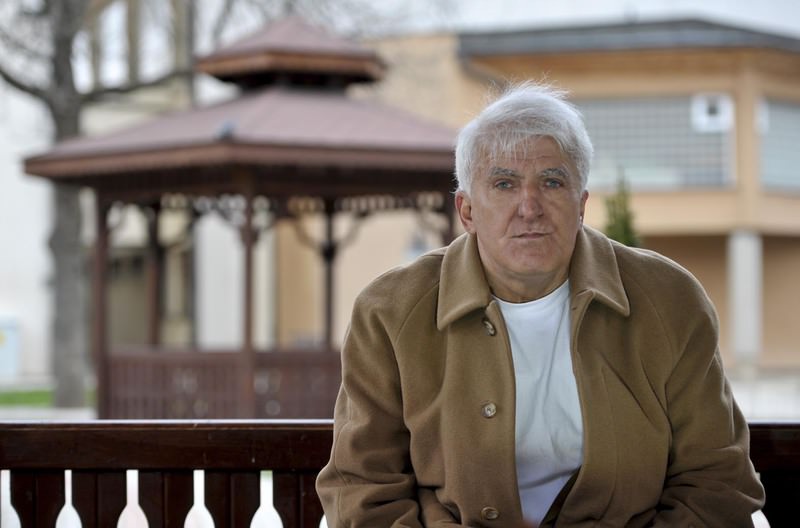 Radovan Karadzic saw himself as locked in a David and Goliath struggle to save the Serbs even as their forces were reducing the besieged city of Sarajevo to rubble.

On Thursday, 21 years after he was first indicted, the United Nations war crimes tribunal delivers its verdict on the man many Bosnians feared as the "master of life and death" during the war of 1992-95. The former Bosnian Serb leader has been on trial in The Hague since 2009, charged with war crimes and genocide against Bosnian Muslims and Croats. He could be jailed for life.

A man who liked to recite his own poetry and hold court in a ski resort near Sarajevo, Karadzic was president of the self- styled Bosnian Serb Republic and supreme commander of its armed forces until he lost power in 1996.

The next year he went into hiding, disappearing until his arrest 11 years later in Belgrade, where he lived disguised as a New Age healer. He became one of the world's most wanted men, swapping his trademark bouffant hairstyle for a long white beard and adopting a false name. The U.S. government offered a $5 million reward for information.

The International Criminal Tribunal for the Former Yugoslavia charged him with 11 counts of genocide and crimes against humanity and violations of the customs of war, including the Sarajevo siege and the Srebrenica massacre, Europe's worst atrocity since World War Two.

After shaving off the beard and putting on a suit, Karadzic regained the look of a persuasive demagogue, denying any wrongdoing and saying he should be praised for promoting peace, not accused of murdering thousands.

"I have a clear conscience but a heavy heart because the war was not according to my taste," he said during his trial. Just as he manipulated Western envoys who visited him in Pale, his wartime stronghold in mountains near Sarajevo, Karadzic, a trained psychiatrist, tried to drag out his trial, refusing to attend sessions and asking to defend himself.

For 497 days in court, he became a familiar sight with his silver mane, peering through steel-rimmed spectacles at some of the three million pages of evidence that prosecutors entered in the mammoth case. He was arrested on a Belgrade bus in July 2008 using the false name of Dragan Dabic, with his hair now tied in a knot. Milosevic, who died in The Hague in 2006 before judges delivered a verdict in his trial for genocide, masterminded the war in Bosnia using Karadzic as a frontman. But in December 1995, Milosevic signed the U.S.-brokered Dayton peace settlement, sidelining Karadzic, who defied demands to leave office until international pressure forced him out in July 1996.

Behind the scenes, he tried to sabotage the accord. But when NATO began rounding up war crimes suspects in 1997, Karadzic could no longer live openly, even with armed guards.

He is said to have spent years in eastern Bosnia where hardline Serbs held sway. Reports, never confirmed, spoke of Orthodox priest disguises and remote monastery hideouts. In the summer of 2000, he was sighted in Belgrade. There are also reports that he attended football matches in Italy and visited Venice using a false identity.