Muslims in Srebrenica fear for their safety as Serb mayor elected 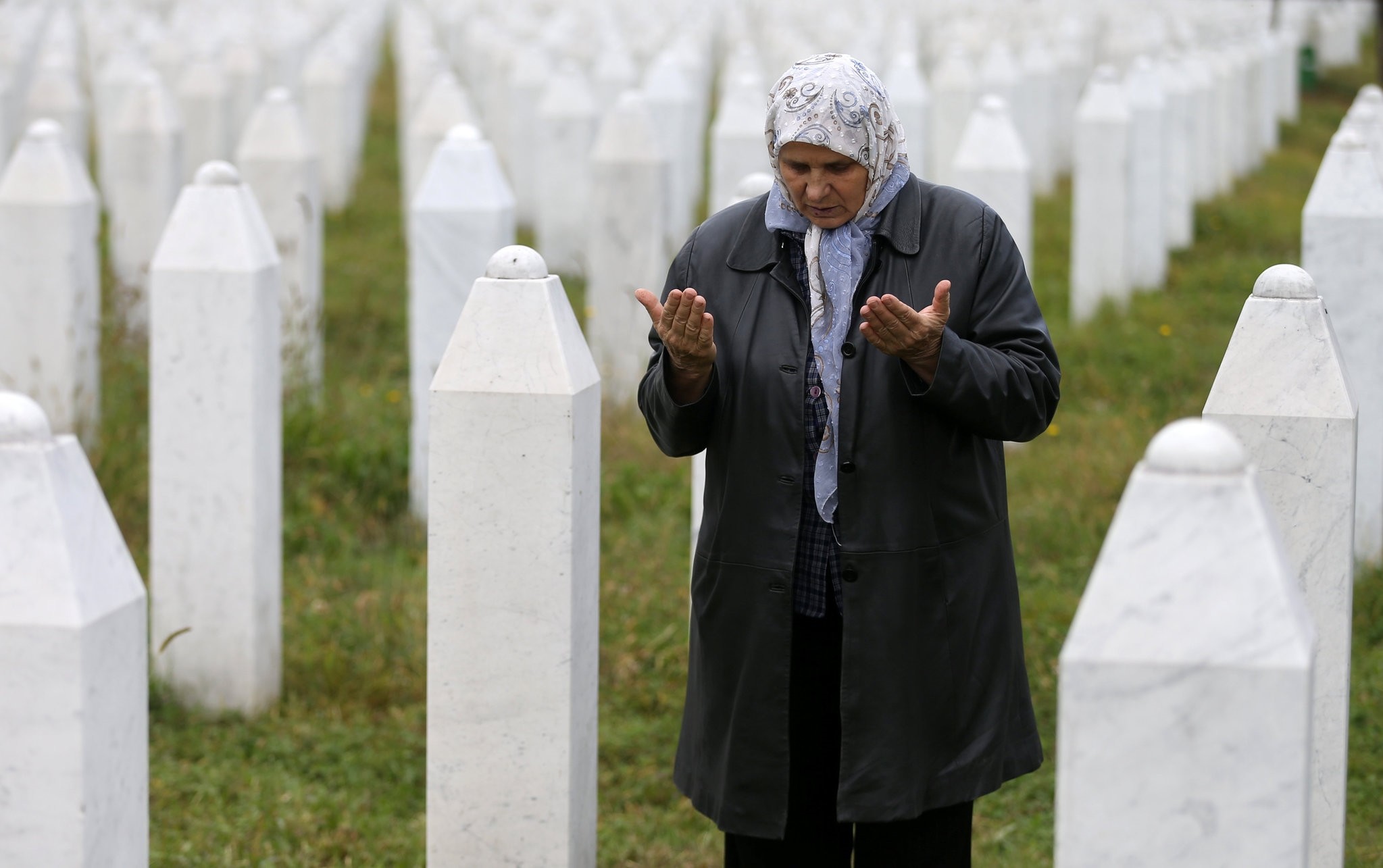 Hatidza Mehmedovic prays near the graves of her two sons and husband in Potocari near Srebrenica, Bosnia and Herzegovina, October 17, 2016. (Reuters Photo)
by Daily Sabah with Reuters Oct 17, 2016 12:00 am

Hatidza Mehmedovic was among the first Bosnian Muslims to return to Srebrenica after Bosnia's war, determined to live near the graves of her husband and two sons killed in a 1995 massacre by Serb forces that made the town synonymous with genocide.

On Monday, authorities confirmed that Srebrenica, where 8,000 Muslim men and boys were killed by Serb nationalist forces seeking to carve an ethnically pure state out of Bosnia, had elected its first Serb mayor since the massacre.

For many relatives of the victims, the election of Mladen Grujicic, a Serb nationalist who has denied that the massacre was a genocide despite international court rulings to the contrary, is a sign that the wartime Serb campaign of ethnic cleansing has achieved its objectives.

"Everything in Srebrenica is Serb: the land, the meadows, the public companies," Mehmedovic said, highlighting the failure of Western diplomacy to preserve the multi-ethnic demographic that characterised Bosnia before war erupted in 1992.

The U.S.-brokered Dayton Accords that ended the war set up an intricate federal structure with a weak central government designed to preserve Bosnia as one multi-ethnic state.

But decentralisation into autonomous cantons essentially entrenched the status quo achieved by Serb and Croat forces that fought to create ethnic statelets out of Bosnia, critics say.

Srebrenica, a Muslim-majority town before the war, fell within the territory of Bosnia's Serb Republic under the peace deal; its 7,500 population is now 55 percent Serb and 45 percent Bosniak (Muslim). Bosnia's other autonomous entity is the Bosniak-Croat Federation.

Grujicic said it was time to end discrimination against Srebrenica's Serbs, and denied that the International Criminal Tribunal for the former Yugoslavia in The Hague (ICTY) had ever proved the massacre was genocide. "When they prove it to be the truth, I'll be the first to accept it."

His defeated rival, the Bosniak Camil Durakovic, has pledged to appeal against the result of what he called a "rigged" election. Zulfo Salihovic, a local politician who was one of the last Bosniaks to escape Srebrenica before the massacre, worried for the future of the town's Bosniaks.

"We fear that Bosniaks and other citizens who think differently from the leaders of Serb nationalist parties will be humiliated, bullied and discriminated against," he said.

When Bosniaks - many of them elderly women wanting to be close to relatives' tombs - began returning to Srebrenica after 2000, the international community, then closely involved in Bosnia's peace process, promised them protection. Now many fear they may be forced to leave their homes again.

At least 100,000 were killed all over Bosnia and Herzegovina, more than 80% of whom were Bosniaks (Bosnian Muslims).

The Srebrenica massacre is only the most prominent one of the mass rape and killings in the war in Bosnia and Herzegovina and the only one recognized as genocide by an international court.

During the unrest in country, many mosques, libraries, cultural and religious monuments were ransacked or burnt down by Serb forces, which has also been regarded as cultural genocide.

In an attempt to conceal the crime, Serb forces dug up the bodies of Srebrenica's victims and scattered them across much of Bosnia. Over 1,000 remain missing, with more being found and returned to Srebrenica for burial every year.

The ICTY has jailed a number of Bosnian Serbs over the massacre. It convicted wartime Bosnian Serb leader Radovan Karadzic of genocide earlier this year and sentenced him to 40 years in prison. Bosnian Serb General Ratko Mladic remains on trial for his role in the war, which killed 100,000 people.