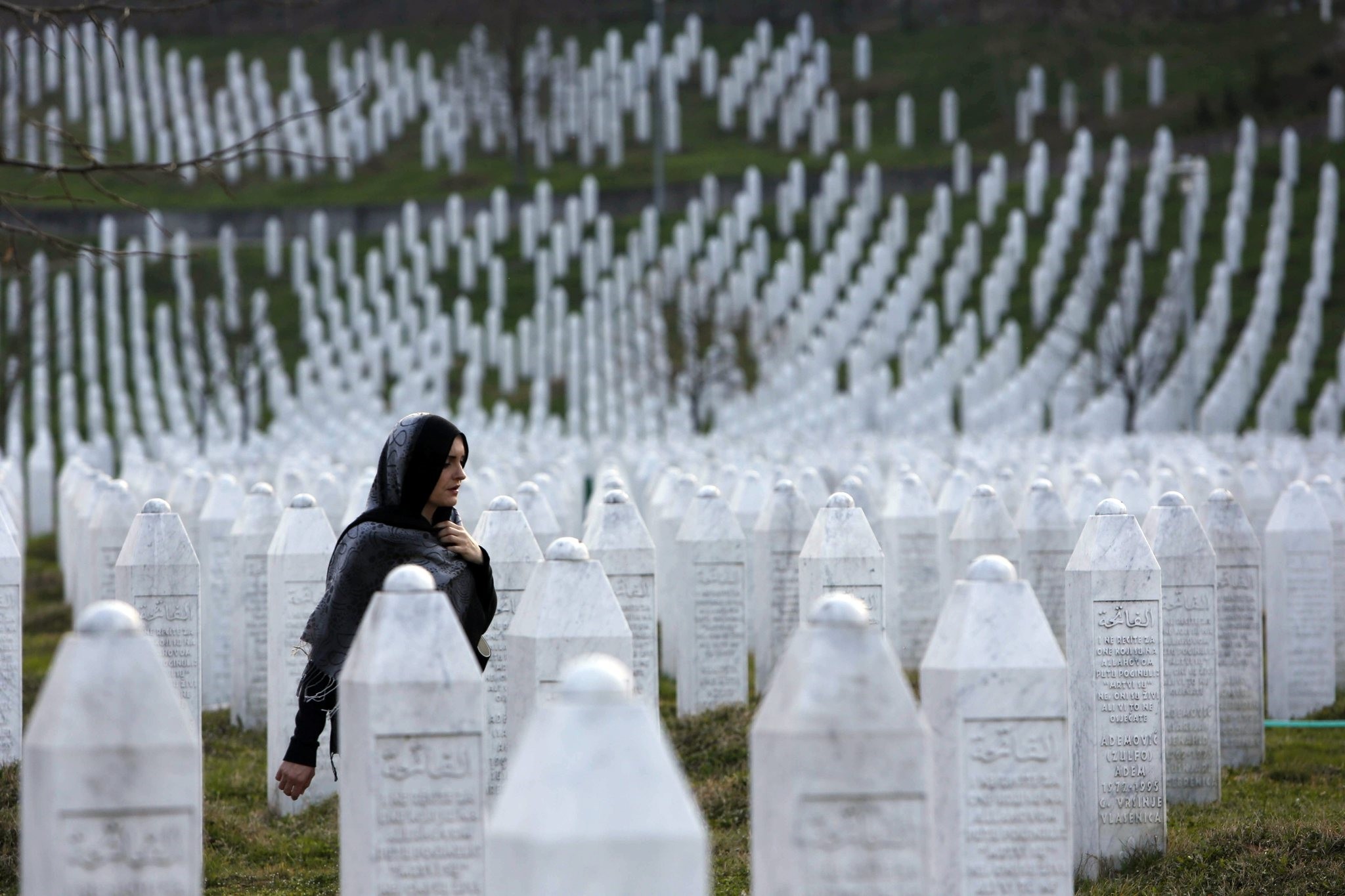 A Bosnian woman walks among gravestones at Memorial Centre Potocari near Srebrenica, Bosnia and Herzegovina. (AP Photo)
by Daily Sabah with AP Nov 22, 2016 12:00 am

Bosnia's state prosecution says a Croatian woman wanted in Bosnia for war crimes she allegedly committed against Serbs during the 1992-95 war has been extradited from the United States.

A statement from the prosecution office said Azra Basic, 58, was handed over to authorities on Tuesday at Sarajevo airport.

She is accused of killing one Serb civilian and torturing several others in the northern Bosnian town of Derventa in 1992. Basic left Bosnia after the war and settled in the United States. She was arrested in Kentucky in 2011 and had been battling extradition for years until a federal judge ruled she has to be sent to Bosnia for trial.

In April 1992, Alija Izetbegović, the first Chairman of the Presidency of Bosnia and Herzegovina, rejected a plan to divide the country along ethnic lines.

The war was started by the Serb leadership and backed by the Yugoslav National Army, known simply as JNA, which was led by then-Serbia and Montenegro.

A deliberate and systematic campaign was carried out by Serbian forces to destroy the family structure, the lives and spirit of non-Serbians, particularly the Muslim people who lived in Bosnia and Herzegovina.

The war was the worst decimation in Europe since World War II, and resulted in more than 100,000 deaths and turned half of the country's population into refugees.