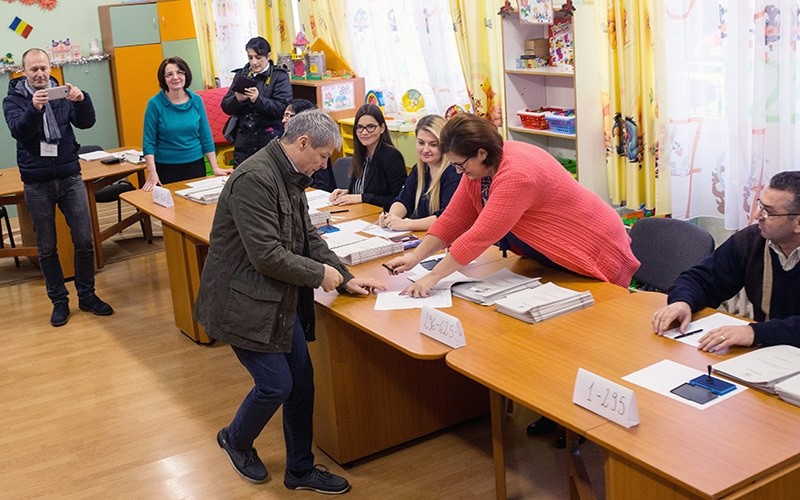 Romanians began voting Sunday in a parliamentary election a year after a massive anti-corruption drive forced the last Socialist prime minister from power.

The country of about 19 million is one of the poorest in the European Union and perceived as one of the most corrupt.

Romania's biggest party, the Social Democratic Party, is expected to come first and will likely try to form a majority with smaller parties. In all, 504 seats are up for re-election in Romania's bicameral Parliament.

President Klaus Iohannis, who by law is not allowed to belong to any party, urged Romanians to vote.

"I voted for a prosperous and strong Romania," Iohannis said after casting his ballot in the Romanian capital of Bucharest.

The leader of the Social Democratic Party, Liviu Dragnea, got a two-year suspended prison sentence for voter fraud in April for inflating voter numbers at a July 2012 referendum to impeach former President Traian Basescu.

Dragnea this time has promised an ambitious populist agenda to raise salaries and pensions, slash taxes, build more hospitals, offer faster trains and give every village its own ambulance.

In recent days, Iohannis has reiterated his commitment to the anti-corruption fight.

"Corruption is stagnation, contempt for citizens and the law. As I've said before, corruption kills," he said.