Nine people frozen to death across Balkans amid icy temperatures 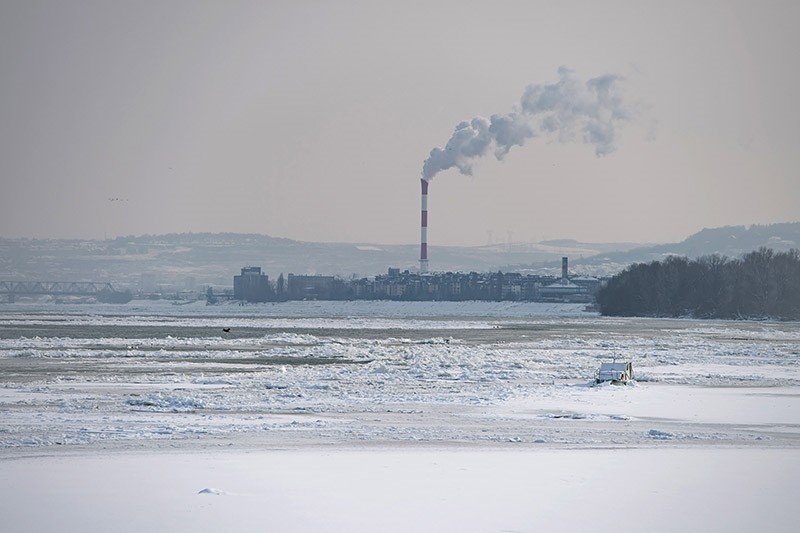 Ice covered Danube river in Belgrade on Jan. 10, 2017, as temperatures dropped to -15 degrees Celsius over night. (AFP Photo)
by German Press Agency - DPA Jan 11, 2017 12:00 am
At least have nine people have frozen to death in former Yugoslavia up to Wednesday in an icy snowstorm that has held the Balkans in its grip for almost a week.

Four men, all elderly, have died since Saturday, according to police in Bosnia, where a snowstorm has raged since January 6.

In the southern Serbian village of Gadzin Han, a father and son, aged 88 and 64, were found frozen in their yard tied together with a rope. It appears the father attempted to rescue the son, broadcaster TV N1 said.

In Macedonia, an elderly woman and two men, one of them homeless in the capital Skopje, died as a result of the deep freeze.

Nighttime temperatures have persistently held below minus 20 degrees Celsius in much of the region.

Further aggravating the situation, an unrelenting blizzard and strong winds cut hundreds villages off from roads and power grids.

Serbian authorities banned navigation along stretches of Danube because of floating and solid ice. Similar measures were issued upstream in Hungary and downstream in Bulgaria.

A brief respite from the deep freeze was expected before the weekend, but with a warning of sleet and ice rain. A few days later, forecasters say, the temperature is set to plummet again.
Last Update: Jan 11, 2017 5:31 pm
RELATED TOPICS