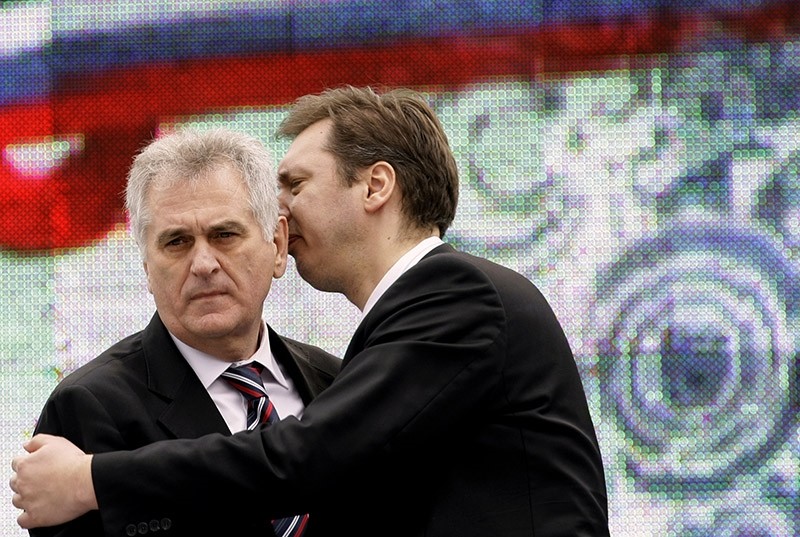 Serbian President Tomislav Nikolic said that if Albanians are not given a proper response over the Kosovo issue, he will step down and he is ready to go to war with his sons, Serbian daily Kurir reported on Tuesday.

Nikolic vowed to protect the Serbian minority living in Kosovo, noting that Serbia is ready to send troops to Kosovo in the case of Serbs from Kosovo being subject to violence.

The tension between Kosovo and Serbia has been flaring over the past days.

A Serbian train decorated with national colors and slogans, plastered with icons was halted on Saturday before crossing the Kosovo border.

The Serbian Prime Minister Aleksandar Vucic said he halted the train because of fears it would be attacked, while Kosovo's officials referred to the event as a challenge to their sovereignty.

On Monday, Kosovo's President Hashim Thaci said that Serbia was planning an annexation in a slice of northern Kosovo, where the country's Serbian minority lives, similarly to Crimea's annexation by Russia in 2014.

It declared independence on Feb. 17, 2008, and is recognized by over 100 countries, including the U.S., the U.K., France, Germany and Turkey. Serbia, Russia and China are among countries that have not yet recognized Kosovo's independence.