Kosovo calls on EU, US to intervene amid rising tensions with Serbia 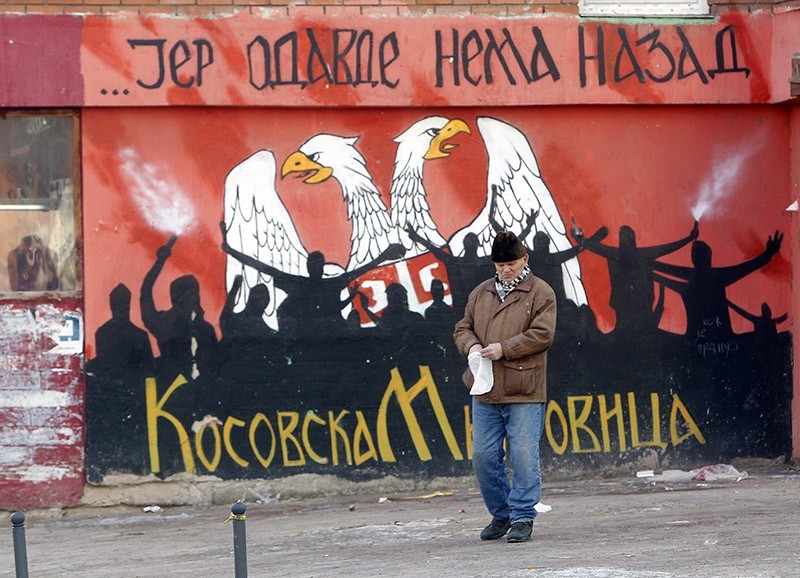 Kosovo's foreign minister has written to his colleagues in the European Union, United States and other countries denouncing "numerous acts of provocation and aggression" from Serbia.

Government officials said Thursday that the minister, Enver Hoxhaj, had called on the EU, which facilitates Pristina-Belgrade talks, to normalize ties between the countries, "to urge Serbia to remain committed to good neighborly relations."

The officials spoke anonymously because they were not authorized to publicly comment on the letter.

Kosovo-Serbia relations reached a crisis moment last weekend when a Serbian train, bearing signs reading "Kosovo is Serbia" and decorated in the colors of the Serbian flag and Christian Orthodox symbols, was turned back from the border with Kosovo.

Earlier this week, Kosovo's President Hashim Thaci said that Serbia was planning an annexation of a slice of northern Kosovo, where the country's Serbian minority lives, similarly to Crimea's annexation by Russia in 2014.

Media outlets reported on Tuesday that Serbian President Vucic said he was ready to go to war, should anything happen to Kosovo's Serbian minority. He also added that ''Albanians need to be given a proper answer.''

Kosovo is a former Serbian province with nearly 1.8 million people, over 90 percent of whom are Kosovar Albanians. Kosovar Serbs are the country's biggest ethnic minority with a population numbering around 100,000.

Kosovo declared independence on Feb. 17, 2008, and is recognized by over 100 countries, including the U.S., the U.K., France, Germany and Turkey. Serbia, Russia and China are among the countries that have not recognized Kosovo's independence.