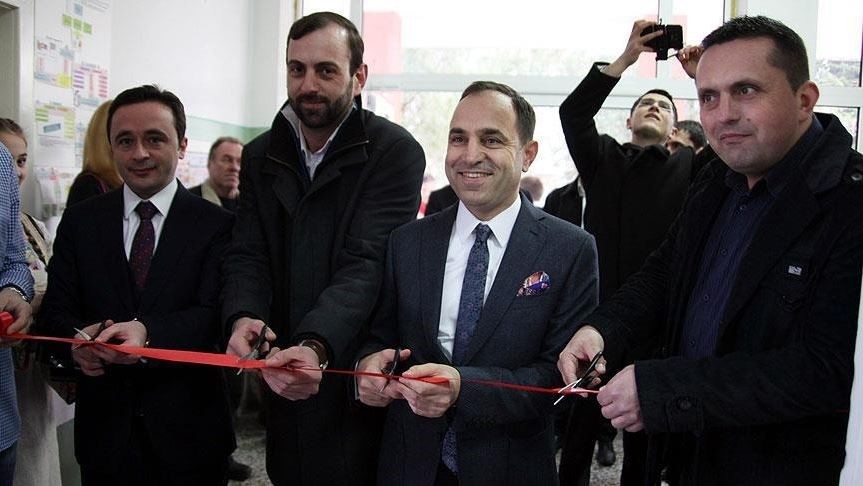 Amid warming relations between Turkey and Serbia, Turkey intends to invest more in the southwestern Serbian region of Sancak where the country's Muslim population is concentrated, Turkey's ambassador to Belgrade, Tanju Bilgiç, said during his visit to the area.

Bilgiç met with Mayor Nihad Bisevac during his visit to Novi Pazar, which is the biggest city in Serbia's Sancak region.

Bilgiç said that Sancak can take on the role of being a natural bridge between Turkey and Serbia, two countries whose relations have been improving over the years.

Islam has a long history in the region, becoming rooted in Serbia's Sancak from the 15th century, when Ottoman Turks began to conquer the southeastern parts of Europe. Many locals converted to Islam during the centuries-long interactions with Turks.

The Turkish ambassador stressed that he does not feel abroad when he is in Sancak, considering the strong cultural and historical similarities between the region and Turkey, while also noting that Turkey is committed to bolstering its investments in Sancak.

Bilgiç also attended the inauguration ceremony of a primary school renovated by the Turkish Cooperation and Development Agency (TIKA) in the city of Raska.

Raska Mayor Ignjat Raketic thanked TIKA for the renovation work on the school, which was originally built 54 years ago, while also expressing his desire to see the continuation of TIKA projects in Serbia.

TIKA's coordinator for Belgrade, Mehmet Bayrak, revealed that a total of 58 educational projects have so far been finalized in the Balkan country, and said that the agency will undertake new projects in the future.