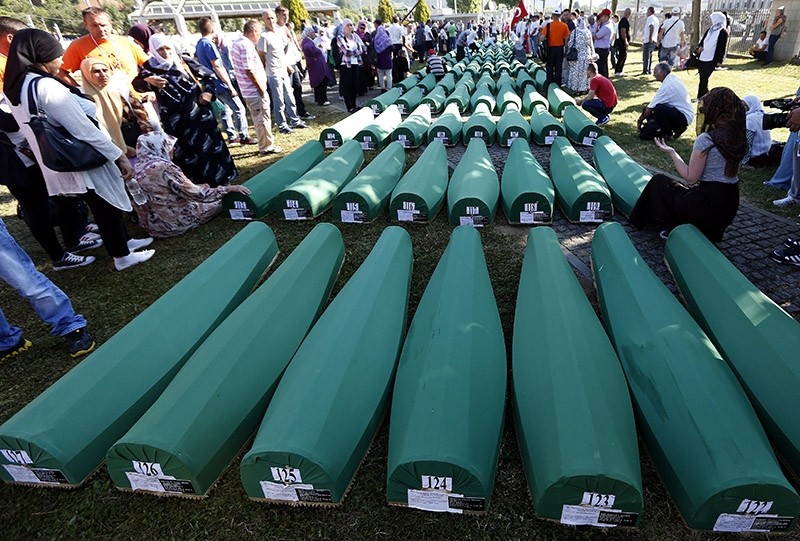 The president of Bosnia's Serb entity -- Republika Srpska -- and Serbian leaders, on Wednesday slammed the revival of a genocide lawsuit against Serbia by Bosnia, saying the primary goal was to abolish the Serb entity.

The Bosniak member of Bosnia and Herzegovina's tripartite presidency, Bakir Izetbegovic, announced last Friday that an appeal would be lodged against the International Court of Justice's 2007 verdict that cleared Serbia of complicity in genocide during the 1992-95 Bosnian War.

The leader of the Republika Srpska, Milorad Dodik, told reporters after a high-level meeting with the Serbian president and prime minister in Belgrade that the Bosnians were not satisfied with the decision, and "they are ready to consider Bosnia as their own.

"With this decision, the Bosniaks want to abolish the Republika Srpska. It is not possible to equate Bosnia and Herzegovina with Izetbegovic or Bosniaks," he said.

"Bosnia and Herzegovina prefers to live in the past. Serbia disagrees," he said, adding that Serbia supported regional peace and stability.

Serbian President Tomislav Nikolic said Serbia would always stand by the Serbs in Bosnia and Herzegovina.

"Serbia will support every step taken by the Republika Srpska that is in line with the Constitution and laws."

Nikolic also voiced concern about the future of relations between Serbs and Bosniaks, saying they are "unlikely" to be further developed.

"It is uncertain how the relations of Bosnia Herzegovina and Serbia will develop," he added.

The president of the Mothers of Srebrenica group, Munira Subasic told Anadolu Agency earlier Wednesday it wanted justice for the relatives lost during the Bosnian War.

"As the relatives of the victims of genocide, we have a right to reopen the case. Serbia must take responsibility whether they want it or not. Serbia provided all the support for genocide. Without their help, the Bosnian Serbs could have done nothing," she said.

The lawsuit has its origins in the July 1995 Srebrenica genocide that occurred when Bosnian Serb forces killed 8,000 Bosnian Muslim men and boys after overrunning a UN-protected safe area during the Bosnian War.

In February 2007, the International Court of Justice in The Hague rejected the genocide case taken by Bosnia against the state of Serbia. Although it described Srebrenica as a case of genocide, it did not find Serbia guilty of being directly responsible for the killings. The statute of limitation to reopen the case will expire at the end of February.